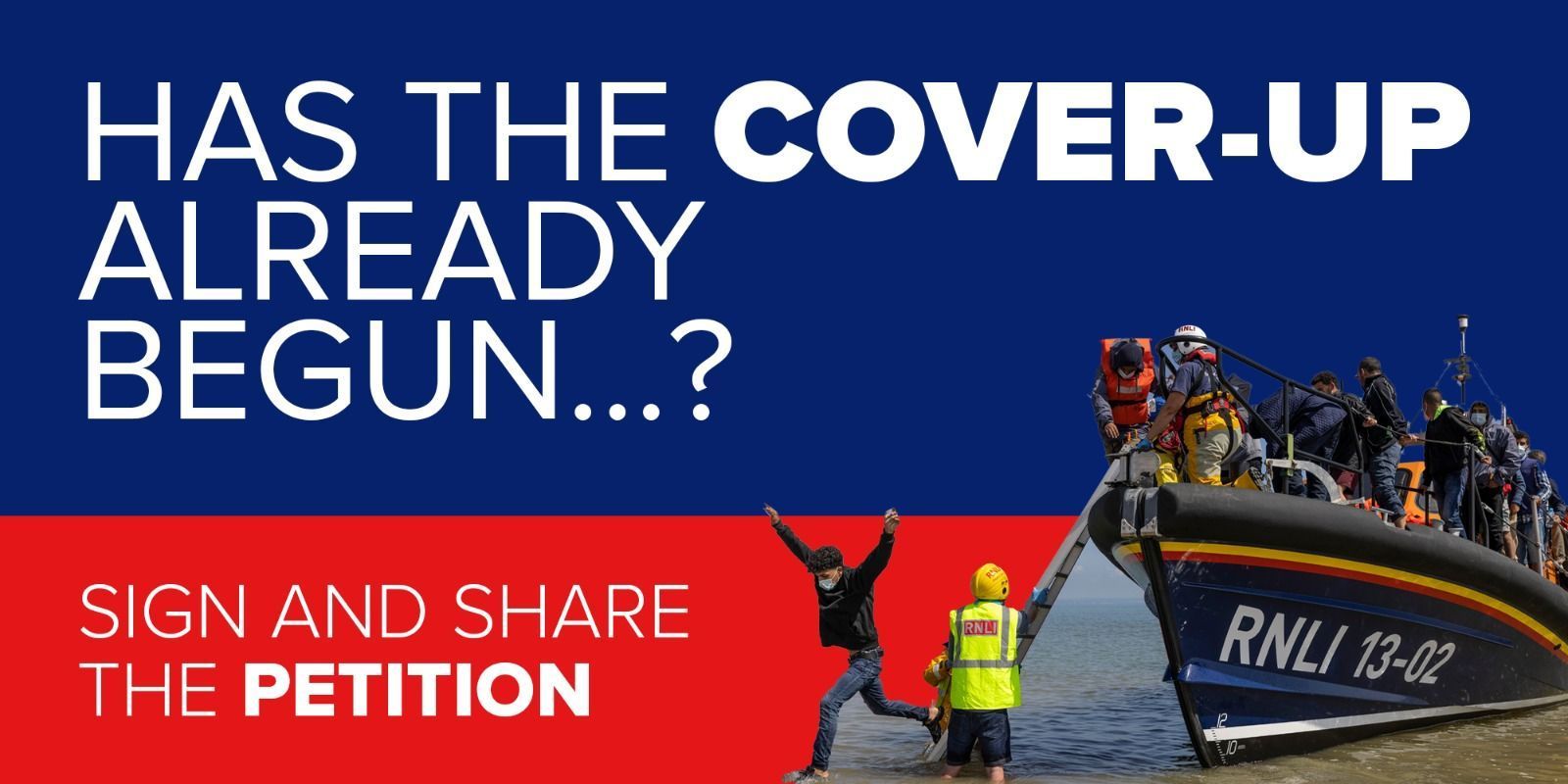 They’re terrified that you will see the truth…

Otherwise, why would the government try to cover up daily illegal crossing data? Join thousands of others by signing and sharing our petition. Let’s send a clear message: “We won’t accept this bid to hide the truth on daily boat arrivals.” Our unique Channel Tracker has them scared of being held to account. Never before have politicians and officials resorted to such desperate means to hide the results of their negligence from those who foot the bill.

Now an MP has written to a concerned member of the public to tell them that publishing less frequent updates on daily boat arrivals will “provide a more transparent picture on small boats data” (read summary and see our tweet). And theHome Office reportedly claimed that hiding the data from you would “better support… public understanding”. How patronising and what an insult to the intelligence of the British people. One could be forgiven for thinking that the boat arrival cover up has already begun with a lack of reporting on whether or not there have been crossings for two weeks (read our summary, sign the petition; visit our Channel Tracking Station and write to your MP here).

The Home Office has recently claimed that it is ‘delivering on [its] promise to tackle illegal immigration and the harm it causes’. Do they think that we are too dumb and distracted to see what is happening? Illegal crossings were six times as high last month as in January 2021 (see Tracker), removals have plummeted and asylum abusers have been able to remain here for years, with some only coming to light after committing crimes or carrying out terror attacks. It’s a public safety nightmare. Border security is now a mirage and we now have a tax-payer funded ferry service to bring in from France people who are destroying their identity documents. The UK is a magnet for failed asylum seekers from all over the Continent and the government is helping this magnet to become stronger, not weaker. Read the full blog here.

Lord Green of Deddington, our President and Co-Founder, spoke up in the House of Lords this week for more than 30 million Britons who are tired of seeing our borders and laws flagrantly breached on a regular basis (read full debate or watch it here from 17.27.26). He put forward two crucial amendments to the Nationality and Borders Bill to help end the illegal boat catastrophe in the English Channel and to tackle asylum fraud which threatens the safety of vulnerable children in the UK (see text of the amendments here; also see our research). His intervention comes after a YouGov poll found that 82% of the public disapprove of the government’s handling of boat crossings, including 77% of Conservative voters.

The Times reported our research finding (mentioned a few days earlier by the Daily Telegraph) that the French authorities intercepted less than half of all attempted crossings last year despite UK taxpayers forking out tens of millions to Paris to stop illegal immigration. And taxpayers millions are now going towards a new Channel migrant reception facility in Kent which has five times the capacity of the facility it is replacing – ‘a sign (according to The Times) that the government is preparing for the soaring numbers of migrantscrossing the Channel to continue’ (here’s their report).

Responding to this, Alp Mehmet, Chairman of Migration Watch UK, comments:“The fact that the government seems to think illegal Channel crossings will continue to rocket is an indictment of their failed approach and betrayed promises. Public concerns are being brushed aside and ignored while people traffickers laugh at the chaotic incompetence.”

With each day that passes, it becomes all too obvious that the bulk of the political and media class who run the country and shape what we are told don’t feel that they should have to be held to account for their irresponsibility.
To make matters worse, Ministers who promised a reduction in immigration then removed or weakened controls such as caps and skill / salary thresholds, meaning that citizens in 80% of countries now find it much easier to come here and work and with no annual limit (see summary). They also introduced an uncapped route for students to stay on and work in the very lowest-paid jobs (see summary), abolished the rule which forced employers to put British jobseekers first (see here and here) and opened up unlimited relocation routes for those from Hong Kong / Afghanistan (see here, here and here), despite the Home Secretary admitting that ‘we simply do not have the infrastructure or accommodation’ (Q2, p.3 of testimony to House of Lords committee, Oct. 2021 and see our summary of how many communities are feeling overwhelmed). The promise to restore border control was a vote-winning hoax. Now the country and ordinary people are paying the price for being taken in by the electoral chicanery of 2019. Please write to your MP and make sure we hold those in power to account.