Sturgeon denies it, but there would be a Tartan Wall with England 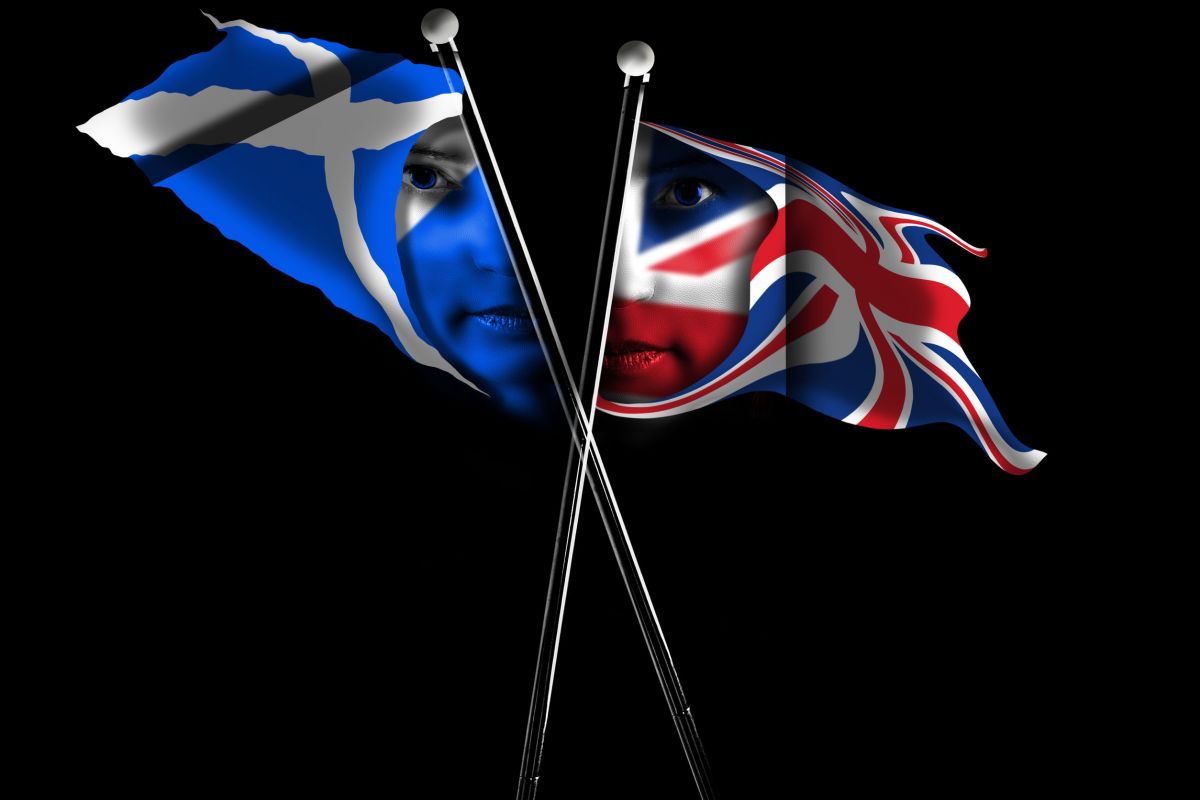 THE SNP really must be called out on what its policy of rejoining the EU will mean for the border between Scotland and England – a matter the party seems determined to avoid.

It is not often that you see Nicola Sturgeon completely flummoxed on television, but she was really struggling under Andrew Marr’s persistent questioning on April 25. Challenged that remaining in both the EU and the Common Travel Area with the remainder of the UK was not in Scotland’s gift, she was saved only by the gong.

The Common Travel Area (CTA) may not be well-known, but it is an important arrangement that goes back nearly 100 years to the foundation of the Irish state. Since 1922, it has provided for the free movement of citizens between the constituent parts of the UK and the Irish Republic.

Now, however, the UK’s departure from the EU changes everything, with the prospects for a border with an independent Scotland all but unavoidable. Why? Because of the SNP’s declared intention to restore free movement of people and goods with the EU.

It is this that is bound to lead to passport controls on the border with England – not to speak of the extensive formalities for goods similar to those which are now causing great difficulties for Northern Ireland.

In a further interview on BBC Radio 4’s Today programme on April 30, Ms Sturgeon tried again to avoid the issues around border controls on people. She once again claimed that, after independence, Scotland could remain a member of the Common Travel Area. There would be such an agreement and no one of any credibility denied it, she claimed.

The facts are very different. Indeed, a recent Institute for Government paper, Scottish Independence: EU Membership and the Anglo-Scottish Border concludes that, if Scotland joins the Schengen area of free movement, there will have to be full controls on travellers between Scotland and the remainder of the UK. Scotland, the authors believe, would be ‘unlikely’ to avoid this.

They are right. Membership of Schengen is now a requirement for all new members of the EU. The UK and Ireland joined the EU before the Schengen arrangements came into being and both countries declined to join. Ireland preferred to stay in the CTA, where it still is.

This arrangement is not perfect, but is workable mainly due to co-operation between the two immigration services and their security service colleagues. It is helped by the fact that, unlike the SNP, Ireland does not have a policy of deliberately increasing immigration. And, of course, the absence of a land border with mainland UK makes a great deal of difference.

Ms Sturgeon spoke of restoring free movement between Scotland and the EU, so that can only mean joining the Schengen Treaty. The Institute for Government points out that this would mean that Scotland would be required to apply the EU borders code, which would involve entry and exit checks on people entering Scotland from the rest of the UK.

Non-EU nationals (including the English, Welsh, Irish and other citizens of the rest of the UK) would be required to carry passports which would be examined at the border. Under current EU immigration rules, those without long-term visas would not be permitted to stay in Scotland for more than 90 days in any 180-day period.

It would, in theory, be possible for the English side of the border with Scotland to have minimal controls on entry from Scotland but that would be the very opposite of ‘taking back control’ – an outcome that would be all the more difficult to defend in the light of the SNP’s long-standing and oft repeated policy of increasing Scotland’s population by means of immigration.

An onward flow of such new migrants into England would be inevitable, since that is what happens now for a variety of reasons, not least for higher wages, a warmer climate and, for some, the presence of relatives.

It is surely time for the SNP to be honest and to recognise that the departure of the UK from the EU means that restoring free movement of people and goods between Scotland and the EU would be extremely difficult, to put it mildly.

Immigration Won't Save The Ghost Villages
The Channel – one travel corridor that’s still wide open
Hundreds of thousands of UK nursing applicants rejected as ‘Our NHS’ hires foreign staff
Why go after illegal migrants when you can pick on licence fee dodgers?
Print Press Article