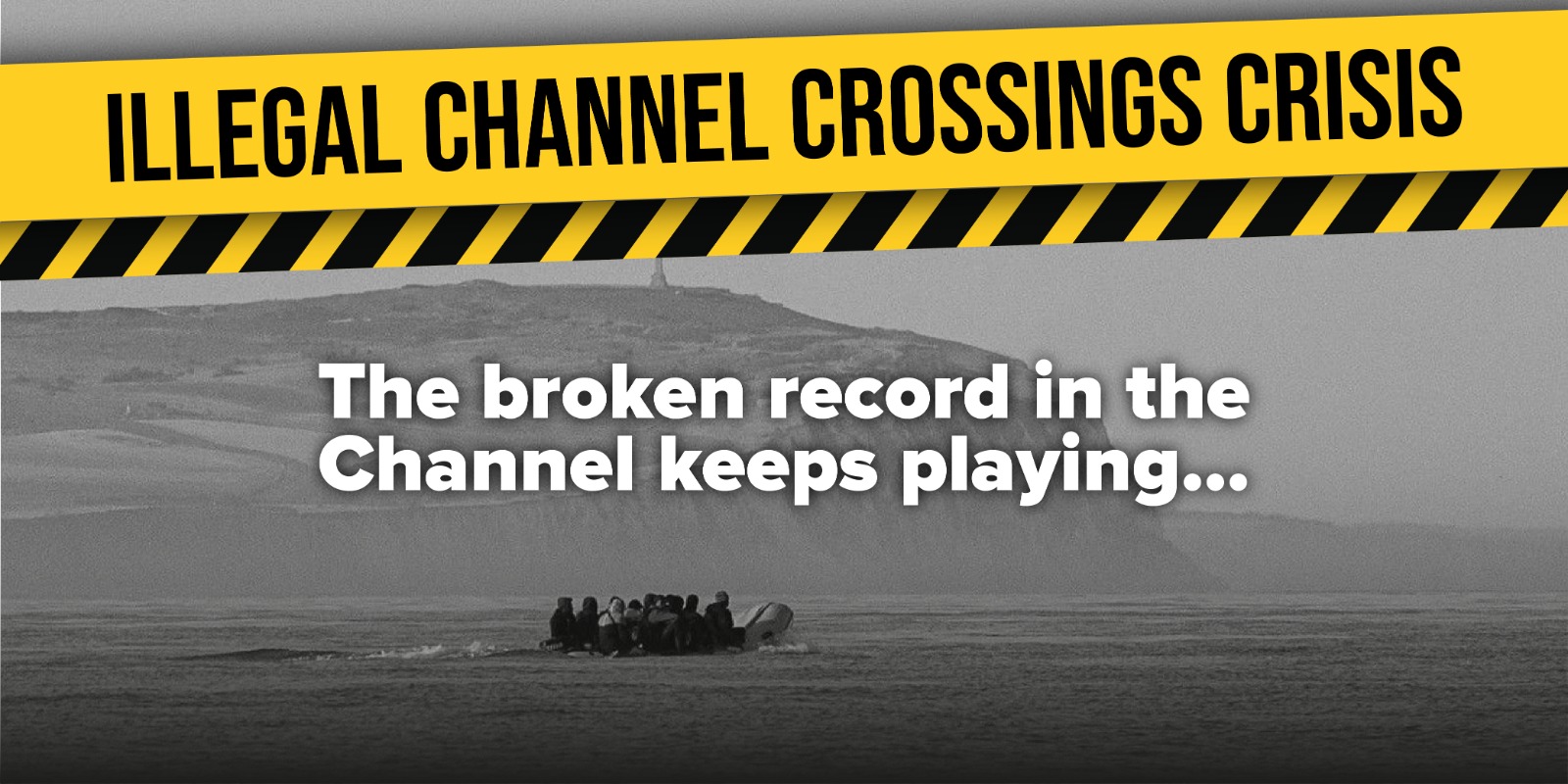 Here are three key facts to remember about the illegal immigration crisis in the Channel, which has seen over 28,400 people come in the past year, and a total of 40,000 since 2018.

1. Many people crossing the Channel destroy their identity documents. This risks security and calls into question the good faith in which asylum claims are being made

This means that thousands of people are being quickly injected into the heart of British society despite the fact that they cannot be reliably identified. There are already laws on the books to deter people from destroying documentation but they are not being used enough. This must change. With no documentation there should be no release into the community. Those who enter clandestinely and claim asylum having destroyed their documents should also face criminal penalties under the law as it stands (see our summary).

There have been a number of terrorist acts and crimes committed by people who have abused the asylum system, see summary. On top of this it is very clear that abuse of the asylum system has risen. For example, we have seen a record level of asylum age fraud in the most recent year – with more than 1,100 resolved age disputes revealing that the bogus ‘child’ was in fact 18 or over. This means that people who are pretending to be children are being placed alongside vulnerable children in homes and schools. This is a major threat to child safety (see summary).

3. The UK is now a MAGNET for failed asylum claimants from all over Europe

A huge number of those crossing on boats are failed asylum claimants who have already tried their luck and been rejected in other European countries, such as France, Germany, Greece, Denmark and Switzerland (see summary). Some would have us forget this important context and receive everyone coming as a fresh claimant, treated in the same way as someone who has come directly from the place of persecution with no record of having been refused anywhere else. This is patently absurd.

The reported numbers who crossed in boats in 2021 were over triple the number that crossed the year before, and 95 times the number reported crossing in 2018 (To keep track of the numbers, make sure you visit our Channel Tracking Station). This doesn’t even consider the tens of thousands who have come in the backs of lorries since 2014.

Despite laws being on the books to deter asylum claimants from destroying documents, they are not being used, while the Nationality and Borders Bill does little to improve the situation. This must be fixed.

The illegal Channel crisis is a threat to the safety of you and your family, with many tragic examples of crimes committed by those who abused the asylum system. Border security is now a mirage. This must be fixed.

We are a now a MAGNET for failed asylum claimants from all over Europe. This must be fixed.