Entry By Lorry In The Tens Of Thousands 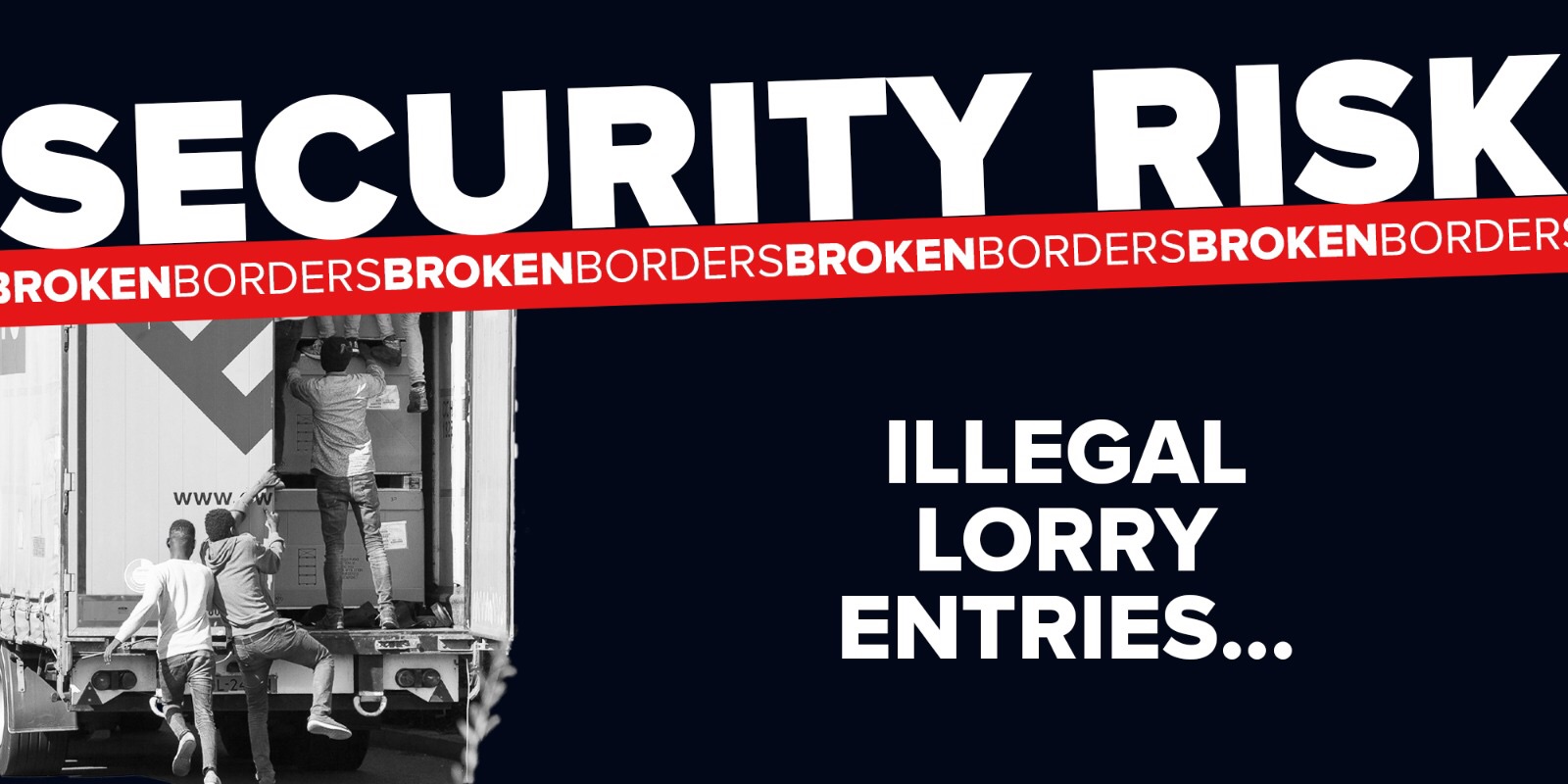 This week, there was good coverage of our paper showing that, even as illegal boat crossings on the Channel have surged, well over 30,000 people have entered the UK hidden in the back of lorries or in containers since 2018. When those crossing in boats are included, the estimated number of detected illegal arrivals from Northern Europe has more than quadrupled since 2018. Given fast-rising undocumented arrivals, it is outrageous that the government is attempting to con the public by ceasing publication of regular updates on daily boat arrivals. Sign the petition to object to this or write to your MP. Of nearly 75,000 people coming since 2018, just over half (40,400) were reported coming in small (unseaworthy) boats, and the remainder (34,000) by lorry – see Channel Tracking Station.

Tragically, and in addition to those who have drowned, scores of people have died after stowing away in lorries or containers, including the particularly shocking case in Purfleet in 2019. Lorry drivers struggling to do their job have been violently attacked by those wishing to climb on board or by people-smuggling gangs, and of course such entries present a massive security risk to the British public. In 2018, a court heard that the Parson’s Green tube bomber entered illegally in a lorry (see media report and our summary).

We Don’t Have The Infrastructure, Admits Home Secretary. Government Opens Borders And Communities Get Overwhelmed

In October, the Home Secretary admitted that Britain does ‘not have the accommodation or infrastructure’ to take in thousands of new migrants, just after she and the government had pledged to take in large numbers of people from Afghanistan and Hong Kong. Our blog shows how communities up and down the country are being overwhelmed as they face crippling pressure on housing, schools, GP surgeries, roads and trains. Meanwhile, the Home Office let it slip that the taxpayer is already paying £1.7 billion per year for hotel rooms for 37,000 migrants, including tens of thousands of illegal Channel crossers and 12,000 Afghans. Nearly six in ten of the public say immigration is too high and should be reduced (see summary). Ministers are trying to bury the numbers on Channel crossings (see our petition here), and our full blog here shows what the public would like to happen.

Our Chairman Alp Mehmet was quoted widely this week in the press. See below:

Telegraph: Lorry migrants surge by 30pc in a year as Border Force told to toughen checks

‘Even with boat arrivals hitting record levels, thousands of migrants continue to enter in clandestine ways, including in the backs of lorries and containers.

‘The serious risks to safety that this poses are obvious. Having destroyed their documents, as many do, it becomes nigh-on impossible properly to identify those entering this way. It’s an open door to criminals and terrorists.’

You can also see this covered in The Sun, Mail Online, the Daily Express, EU Today, Politics.co.uk and by Nigel Farage on GB News (see from about 15 minutes 40 seconds in).

Alp was also quoted on the subject of migration amnesties:

‘This is a very serious mistake. Amnesties have been tried before by most of the major countries in Europe and, on every occasion, have made a bad situation worse.

‘Given the present free movement [migration regime] with Ireland, [the scheme] will open an eventual back door to the UK for those who have lived illegally in Ireland for years.’

After news that TikTok influencers are glamourising dangerous sea crossings, Alp spoke on Talk Radio about this worrying trend.

‘So many of those who are coming into Europe in this way, making their way across the Channel, are not really fleeing persecution for goodness sake.’

Alp also appeared on Nana Akua’s show on GB News talking about surveillance on the Channel:

GB News: Should the UK fund France’s response to the migrant crisis?

‘We are paying them [France] to do what they should be doing anyway.’

Our Executive Director Dr Ben Greening was quoted on the topic of our ongoing petition to stop the government’s data coverup on daily Channel numbers:

‘Hiding the daily boat arrival numbers from the public in the midst of rocketing illegal crossings is a desperate move. The politicians and civil servants who helped enable this deadly mess to grow are clearly afraid that people will see the facts for what they are.

‘The government is making a last-ditch bid to dodge responsibility. Please sign and share our petition as widely as possible to send a clear message that this is simply not acceptable in a democracy….’

While millions of ordinary voters continue to see mass immigration as one of the top issues impacting their lives, and with a majority wanting a reduction in immigration, the government seems to be trying to avoid doing what they promised to do after being elected. They are doing their utmost to bury boat arrival numbers (see our petition) and distract the public with stale and hackneyed soundbites while putting in place a system that does nothing to address the massive scale of immigration of the last 25 years. If anything, the new system will drive immigration even higher. We see it as our duty to speak for the great majority. Together, we can press the government’s hand. Please, do write to your MP here and also by supporting our work here.