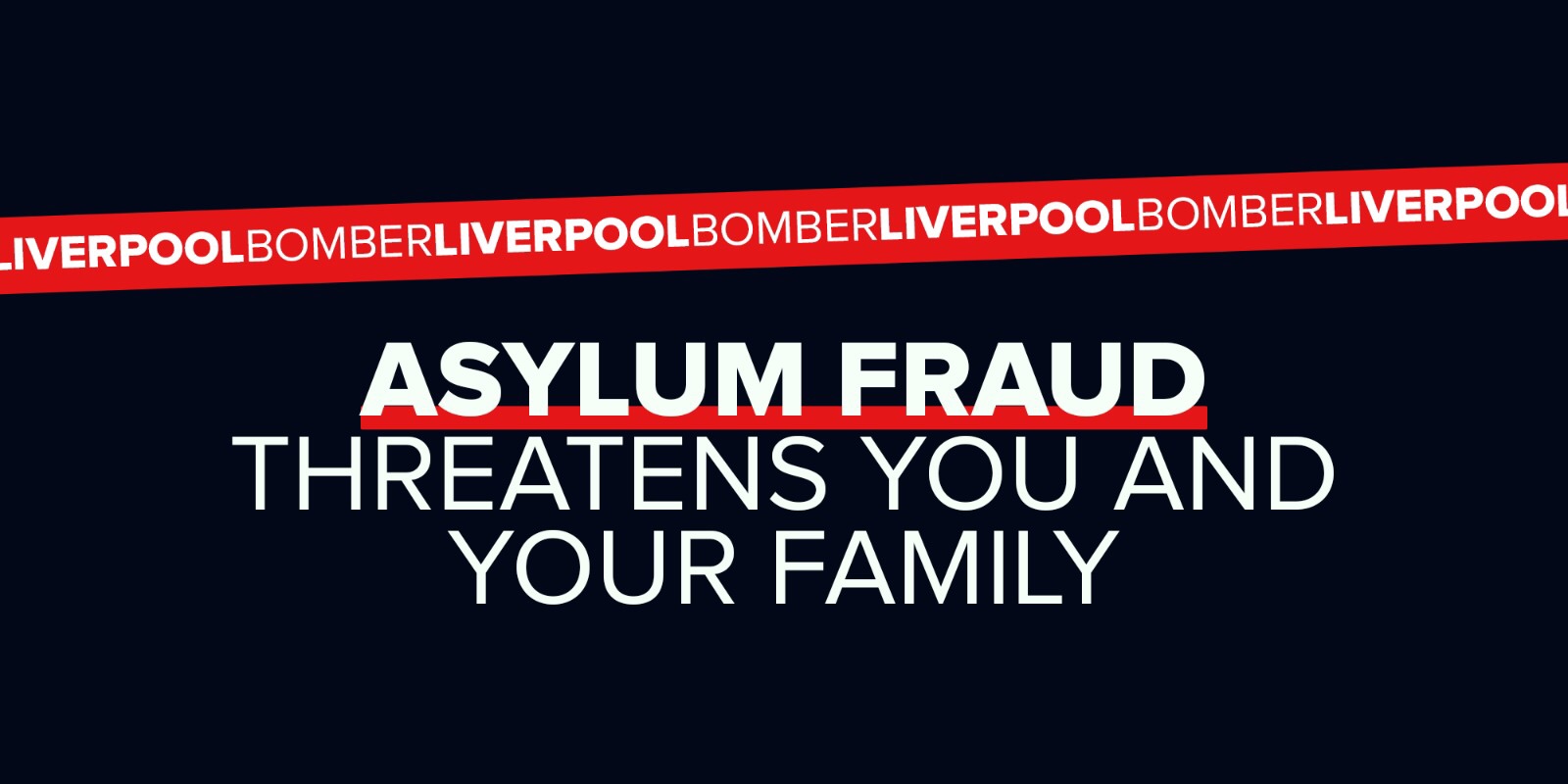 Watching our politicians make a royal shambles out of our border control is like watching one of those old Whitehall farces with people coming in and out all over the stage. Except, in this case, it is the revolving door that is our border. Last week we highlighted the unbelievable news that the government wants to stop releasing data on the number of daily illegal boat arrivals. If you’re as concerned about this as we are you can click here to write to your MP if you haven’t done so already.

This week, it was revealed that the Remembrance Sunday bomber told a series of lies before he was rejected for asylum, prompting even the BBC to note that the Home Office had serious questions to answer about why he was allowed to remain here for years before exploding an improvised explosive device containing 2,000 ball bearings outside Liverpool Women’s Hospital.

The entrenched asylum abuse scandal remained in mind as news broke that we have already had over 1,300 people illegally cross the Channel this year (six times the reported total by this time last year). Our president Lord Green has proposed an Amendment to the Nationality and Borders Bill that stop those coming here without prior permission being considered for asylum in the UK (read the Daily Telegraph article in which Lord Green is quoted).

It is plain that the bulk of the political class don’t like talking about immigration. They turn their nose up at it, unless of course it is to engage in virtue-signaling or increase mass arrivals yet further. Would it be too cynical to suggest that those on the open-border end of the issue and the liberal economic cadre see value in a constant stream of cheap labour and future voters? Not only does mass immigration erode who we are as a country, it also exposes us to serious risks and danger. But the day of electoral reckoning will come; it is called, ‘a general election.’

The surging numbers for 2022 point to key problems with our asylum system. Many of those coming here destroy their documents, making it harder, if not impossible, to assess their case and easier for them to claim asylum despite not qualifying. As often as not, they are simply economic migrants. Our immigration system and in particular enforcement, is underfunded. Asylum chaos, backlogs and fraud mean there are major security gaps that present danger to the public. The many examples of criminals and terrorists who abused the system and were not removed before committing heinous acts testify to that. Meanwhile, significant numbers of those crossing on boats are failed asylum claimants who have already tried their luck and been rejected in countries such as France, Germany, Greece, Denmark and Switzerland. The UK has become a magnet for failed claimants from all over the continent. We are the last resort for those who have been rejected. Clearly, root and branch reforms are urgently needed. Read our blog here.

Lord Green’s proposed amendment to the Nationality and Borders Bill received a great deal of attention this week.

Telegraph: Royal Navy’s reputation will be sunk if it becomes a ‘taxi service’ for Channel migrants, warns commander

Lord Green, President of Migration Watch UK said: ‘The numbers crossing the Channel are clearly getting out of hand. All of those who arrive from France have travelled through at least one safe country. It is right therefore that we should take this into account in our own arrangements for asylum.’

This report was on the back of our own press release with a statement by our Chairman Alp Mehmet. See here:

MWUK: There should be no asylum if you seek to come here without prior permission

‘This is a commonsense amendment that seeks to end the absurd situation of all those arriving in the UK without prior permission being permitted to stay by simply claiming asylum.’

Also see a clip here of Alp being interviewed by the leader of the Social Democratic Party William Clouston.

‘There are huge numbers waiting to come, willing to take the chance of crossing the Channel…  which is why the crooks and criminal gangs are prepared to push it…’

The full interview will be available this Sunday, please do tune in.

And see below for another quote from Alp:

Mail Online: Migrant makes ‘V for Victory’ sign as up to 30 including small child make dangerous Channel crossing today after total for this month passed 1,000 – compared to 223 last January

‘The Home Office can’t simply pretend this problem is not happening, and hope it will go away.’

The government’s outrageous plan to cover up daily Channel crossing totals is just one example of a government agenda to disguise what is happening and avoid drawing attention to its failure to tackle the Channel crisis and to reduce immigration as was promised in the general election. After 2016 we did indeed eventually take hold of the reins ourselves but what we are still far from achieving is taking back control. Indeed, all that has happened is the opening up of the UK to further mass migration from across the globe with fewer checks and limitations than ever. The wholesale weakening of the rules means that citizens in 80% of the world’s countries now find it easier to come here and work, and (unlike before) there is now no limit on numbers and no rule to protect UK jobseekers. All we get are endless slogans in an apparent effort to distract us from what a majority of people voted for: a reduction in immigration and controlled borders. If you haven’t already done so, please do consider writing to your MP to let them know that up with this you will not put!