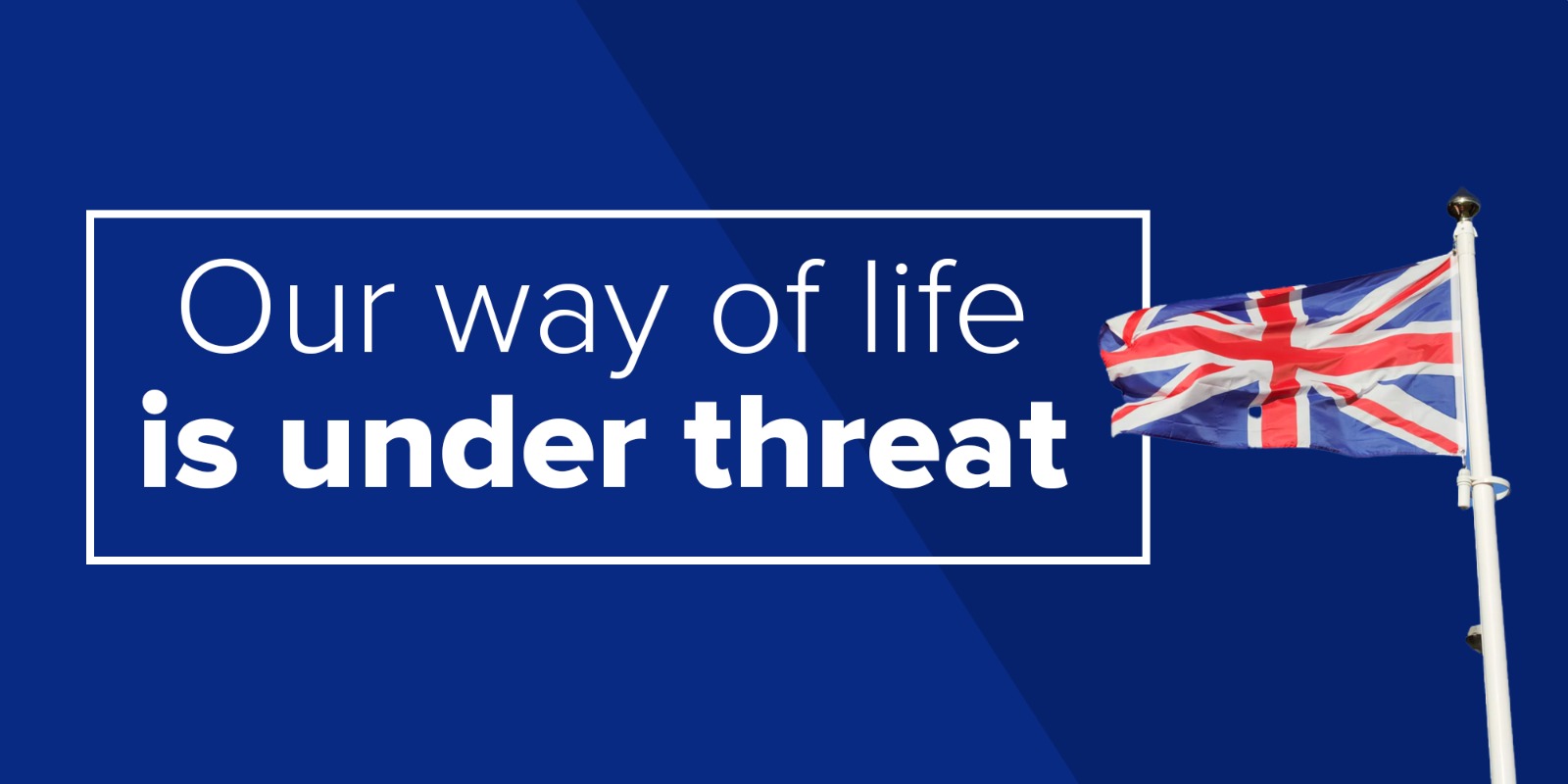 Britain is changing rapidly. This year we have released three papers (read them here, here and here) which detail the revolution in our country’s demographics – alongside massive population growth – that was brought about by a deliberate policy of mass immigration in the last twenty years. The crucial fact to remember about this research is that it shows recent rises in immigration are new and unique. Prior to the late 1990s, Britain had been welcoming genuine refugees and hard-working immigrants for centuries. What has changed since the turn of this century however is the scale and pace of migrant inflows and the political agenda that drives these society-changing shifts.

We have been researching and informing the public for two decades on the impact of mass immigration on our economy and on our schools, jobs and housing. However, it is time now for a national conversation on the impact of uncontrolled mass immigration on our culture and our way of life. Without a reduction in the numbers, and without a sense of self-confidence in who we are and what we stand for, there is little hope of properly integrating and absorbing new migrants into a successful and united Britain – especially at the recent rate of 300,000 non-UK net arrivals per annum. Should the loss of our way of life come to pass, it would be a disaster for our heritage, our shared values, our safety and quality of life. This year we have broken new research ground and it is only the beginning. Our (mostly) woke political class are in our sights; they can’t go on pulling the wool over the British voter’s eyes forever.

What Is the standard of proof required in asylum claims?

The Home Office recently revealed that it considered the vast majority of those who claim asylum in Britain via illegal maritime journeys from safe countries to be economic migrants and not genuine refugees. Despite this, the rate of initial-decision grants for those who come here via all routes to claim asylum rose by an astounding 30 points – from 34% in the year to September 2017 to 64% in the past year. This compares with 2020 initial-decision grants in France of about 25% (Eurostat), when France had the fifth lowest acceptance rate in the 31-country EEA + Switzerland. Ylva Johansson, the EU’s home affairs commissioner, said in August, “the huge majority applying for asylum are not refugees”. No doubt this partly explains why more and more make for the UK. Ms Johansson echoed her predecessor, Frans Timmermans, who said in 2016, “60% [of those claiming asylum] are economic migrants.” This begs the question, what magic formula is behind the conversion of so many economic migrants into genuine asylum claimants by the time they reach the UK? The reality is that this speaks to structural problems at the heart of our asylum system, which presently allows and encourages abuse. The standard of proof for asylum applicants is remarkably low, with applicants only required to show a ‘reasonable degree of likelihood’ that their claim is well-founded in order to be granted asylum or leave to stay in the UK. Compare this loose threshold to the ordinary legal standard of ‘beyond reasonable doubt’ and we start to see why it is that so many come here from safe countries to claim asylum and before arriving destroy their identifying documents. The scope for abuse is vast. See our full blog for more.

Some quotes from our Chairman Alp Mehmet and Executive Director Ben Greening.

‘Dover has become the gateway to the UK for illegal entrants. On immigration control, the public were clearly sold a pup.’ (AM)

And see here a clip of Alp talking to Richard Tice on Talk Radio about the Channel crisis.

And see below for some reactions to other immigration stories this week:

Mail Online: Peers argue that Priti Patel’s plan to turn back migrants boats before they land might be against the law

‘The majority of British voters are behind the government’s plans. It is our political class who are out of touch and whose views are becoming ever more divergent with those of the people.’ (AM)

‘The most shocking fact about these figures is that they were totally avoidable. We have the laws, we have the resources, but we simply do not have the political will from the top to stop these dangerous crossings.’ (AM)

The National UK: Relatives of Kurdish woman who drowned in the English Channel demand action

‘Dr Ben Greening, Executive Director of Migration Watch UK, said the Anglo-French dispute was a “shambles” that had sprung up “as a result of the mess that’s been allowed to take root” in the Channel. He said both sides were to blame for a lack of decisive action in recent months which could have prevented migrants from undertaking the perilous journey. However, he said the UK government in particular is responsible for an “abysmal failure” to put measures in place to stop small boats from crossing the sea illegally. “The horrendous tragedy we saw a couple of days ago was, very sadly, predictable because we knew that these routes were dangerous,” Dr Greening told The National. “People had already died before that, and yet the combined incompetence of the governments of France and the UK have allowed this situation to get worse before our very eyes.”’

We voted for border control. We voted for a reduction in immigration. We voted for priority to be given to British workers and families. Instead, we got a lot of bumble and bluster, a lot of focus-group sloganeering that does nothing to address the problem – indeed it is getting worse.

While the Channel crisis has escalated in the absence of decisive government action as legislation billed as a cure-all (it won’t be) trudges laboriously through parliament, those same leaders have put in place a new ‘points-based’ system that has removed the crucial cap on work permits, lowered skills and education thresholds for visas while making no demand on employers to prioritise UK workers. The key to remember is that these changes make it easier for people in 80% of the world’s countries to come here to work. This, despite a promise to reduce numbers and deliver firmer and fairer control. If you want to remind the government of what they were elected to do, please do write to your MP and make your voice heard.