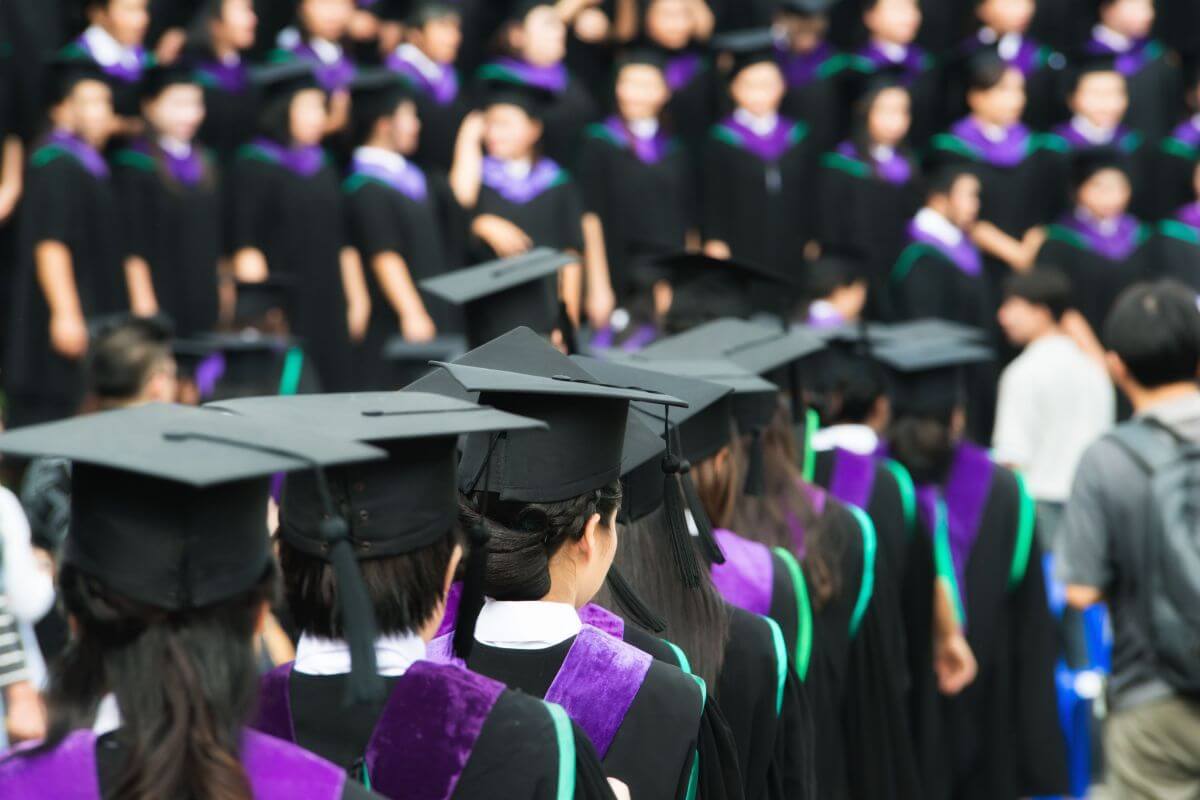 Basing policy decisions on fake news can have far-reaching and damaging consequences. It has been widely claimed by government and throughout the media that 97% of overseas students depart after graduating. This is completely misleading. Four in ten overseas students (130,000 people in 2018/19) either extend their permission to remain in the country or are not identified as leaving on time, according to analysis by the Office for National Statistics.

Lord Bilimoria (among others) has stated that statistics show that 97% of students go home after their studies.

A similar claim was repeated by the government in 2020 when they stated that Home Office analysis ‘showed that the vast majority (97%) of those with Tier 4 visas expiring in the year ending March 2019, were known to have departed from the UK before their visa had expired’.

On the basis of this false 97% claim, and under pressure from the higher education lobby, the government hugely weakened study visa rules from 2018 – enabling a huge spike in visas which saw an all-time record 440,000 entry grants to overseas students and their relatives in the past year. This has led to massive pressure on housing and services and has also led the government to betray its own promise to reduce immigration.

And all this largely on the basis of a bogus 97% claim.

The Home Office analysis from which the bogus 97% figure was derived, was based upon a sample that excluded those who were granted an extension to stay longer in the UK.

For example, a Home Office document on which the 97% figure was based states on p. 11 that the analysis ‘excludes those whose entry clearance expired but who obtained extensions of leave to remain or settlement whilst in the UK’.

Based on this more limited sample, Home Office analysis said that 97.5% of both Tier 4 and short-term study visa holders whose leave expired (but who did not extend their stay) departed on time.

However, the sample size (denominator) on which the 97% figure was based is smaller than it should be (283,000 compared with more than 335,000 non-EU nationals who immigrated to study whose visas expired in the same year – the latter correct figure established by the ONS).

WHAT IS THE ACTUAL SHARE OF OVERSEAS STUDENTS WHO STAY ON?

The true share of students who stay on is now about four in ten.

ONS analysis published in 2021 shows that the number of students actually staying on after their initial graduation was not 3% but nearly 40%.

As the ONS writes: “….61% of non-EU students with a leave expiry date between 1 September 2018 and 31 August 2019 departed the UK. Others obtained new visas, such as for work or further study, therefore continuing to be a part of the UK population. This tells us that not all students will leave the UK at the conclusion of their studies and the intentions of students may change over time.”

61% is obviously a lot lower than the 97% touted by the government and others.

In addition, there were 11,500 in 2018/19 for whom it was not clear what happened after their visa expired. A number of these are likely to be overstayers.

Finally, other analysis shows that around 20,000 people who initially arrived as overseas students go on to remain here permanently, with thousands claiming asylum each year.

The suggestion that only 3% of students stay on after their visa expires is false. The most recent figure, as shown by ONS analysis, is that around four in ten stay on either legally or otherwise (totalling at least 130,000 people) in 2018/19. With study visa rules seemingly being relaxed almost every other day (and a record number of study visas in the past year), there is a serious risk of the number staying on going up substantially, and for the return of the major abuse of the study visa route which was well-documented in 2009-2014. We know for example that there was industrial-scale fraud in English language testing in 2014, something exposed by BBC Panorama. It is vital that the government bases policy decisions on accurate information and not on disinformation such as the bogus 97% claim.