3,000 Crossed The Channel In March 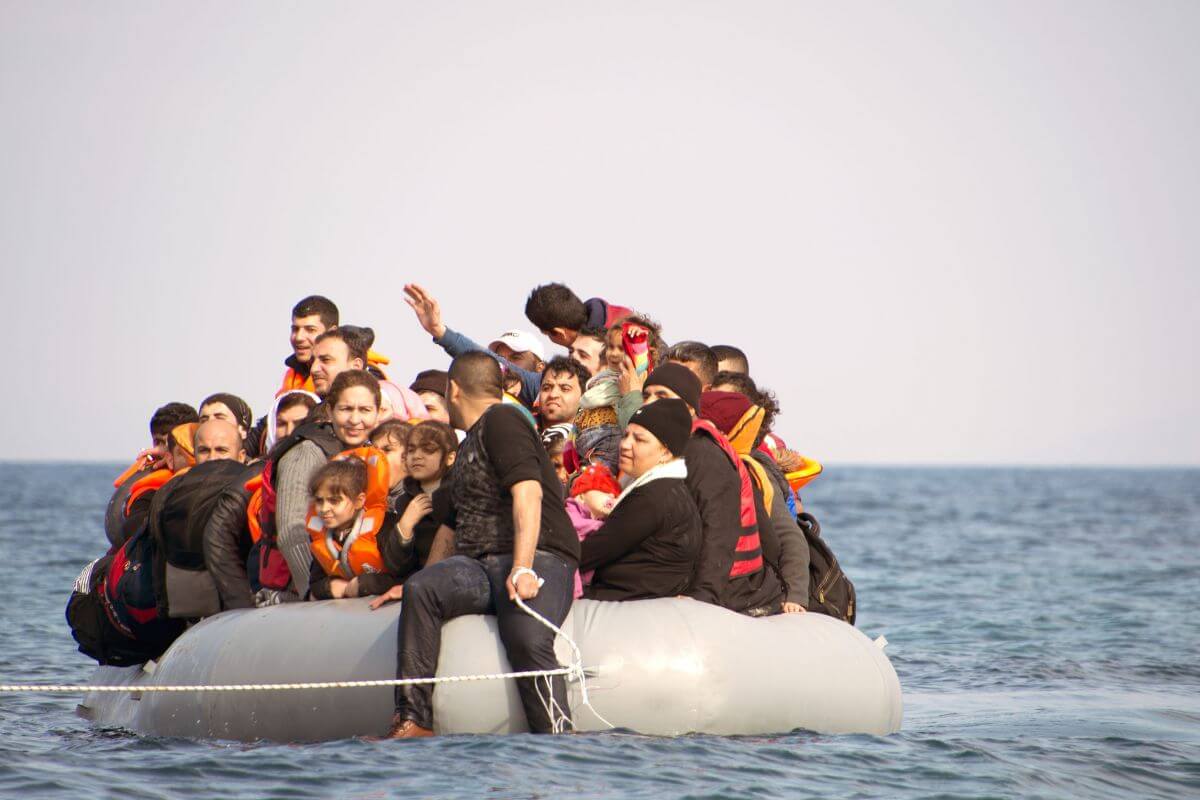 March has seen at least 3,065 people cross the Channel, the fourth highest number ever. In all, 4,555 have crossed so far in small boats in 2022, or almost four times the number that came in the first three, record-breaking months of 2021. (Stay updated with our Tracking Station here.) Recent coverage focused on a young girl crossing with no shoes. May we remind you that, as worrying as this is, it is not at all representative of the majority of cases. We can all understand why that would be newsworthy but the fact is, 90% of illegal Channel-crossers are male and 75% of them are young men between the ages of 18 and 39. (See our paper). What is more, many of those arriving via this route from safe countries have already been rejected for asylum in at least one of those countries, while 98% have no passport – often because they have been encouraged by traffickers to do it. (See our paper.) The UK is increasingly a magnet and destination of choice for those denied asylum elsewhere. Without proper documentation, identifying with any confidence the vast majority of arrivals is nigh on impossible. This underlines how vulnerable our porous borders make us and our families. What is going on in the English Channel is an ongoing scandal that will only become worse. The government keeps telling us that the Bill now going through Parliament will ‘fix our broken asylum system’ but the proposals are being hobbled at every turn, especially in the Lords, by opponents of firm immigration rules and control.

What Happened To Immigration During The Pandemic?

Foreign immigration reached a near-record level of net 313,000 in early 2020 but then fell in the midst of travel restrictions occasioned by the Covid pandemic in late 2020 and early 2021. However, visa and National Insurance Number data suggest that immigration, especially from outside the EU, fell by less than immigration from the EU, and may have increased rapidly during the latter part of 2021.  Nearly a million people both from the EU and outside the EU were either given permission to come / stay or claimed asylum during 2021. As ever, it is increasingly difficult to ascertain the facts from the government right now (indeed the ONS just postponed the release of their latest immigration estimates for the year to June 2021 – at the very last moment). Nevertheless, we continue to stay in touch with official statisticians and keep an eye on the data. Read our full blog here.

See below for our reactions to some of the top stories this month:

GB News: Around 100,000 migrants could arrive in Britain this year, Nigel Farage predicts

‘Mr Farage makes an important point. The escalating crisis on the Channel is a direct result of pull factors in Britain that simply incentivise people smugglers and rule-breakers. Until we remove these incentives, the problem will only get worse. And if the current rate of nearly four times that of last year continues, he could well be proved right.’

Mail Online: Little girl with no shoes is among dozens of migrants to arrive in Dover today after battling cold and wet conditions at sea

‘The wretched girl with no shoes may make a catch headline but this is one of those rare cases that helps create a false narrative about Channel crossings. This is misleading framing. The vast majority coming are male and of working age. Let’s at least have the facts.’

‘The government’s (some might say desperate) attempts to find solutions are welcome but simply pouring money into foreign border enforcement won’t stop people smugglers and law breakers seeing Britain as a soft touch. Until we start sending people home directly, the Channel crisis will go on getting worse.’

Mail Online: Why are hundreds of illegal migrants ushered into Britain every week – while only a trickle of Ukrainian refugees have made it here legitimately, asks SUE REID

‘A brilliant and damning analysis of the situation on the Channel. We cannot continue to welcome rule breakers into the country like this, given the security risks and the fact that it props up a dangerous people-smuggling cartel in Europe. It’s time our leaders acted on their promises and stopped these crossings.’

The drama around the 2016 vote to ‘take back control’ may seem like ancient history given the turmoil of current events, but we’re increasingly faced with the consequences of this shamelessly-squandered opportunity. After a dogged fight to restore UK border sovereignty, the government caved into the demands of public sector fat-cats and corporate bosses, making it easier for citizens in 80% of the world’s countries to work here, even as we had four million or so UK people who were under-employed or wanting more work (see our paper). We no longer have a work permit cap, visa skill and salary thresholds were dramatically weakened and companies need not prioritise British workers any more. Meanwhile, numerous new avenues into the UK (e.g. an uncapped route for students to stay on and take low-paid jobs) were opened. It’s nothing less than a border control betrayal (see our summary), and an affront to the spirit of the democratic moment back in 2016. You can help to hold the political class to account for this by writing to your MP here.