Bringing In The Military On The Channel Is A Red Herring 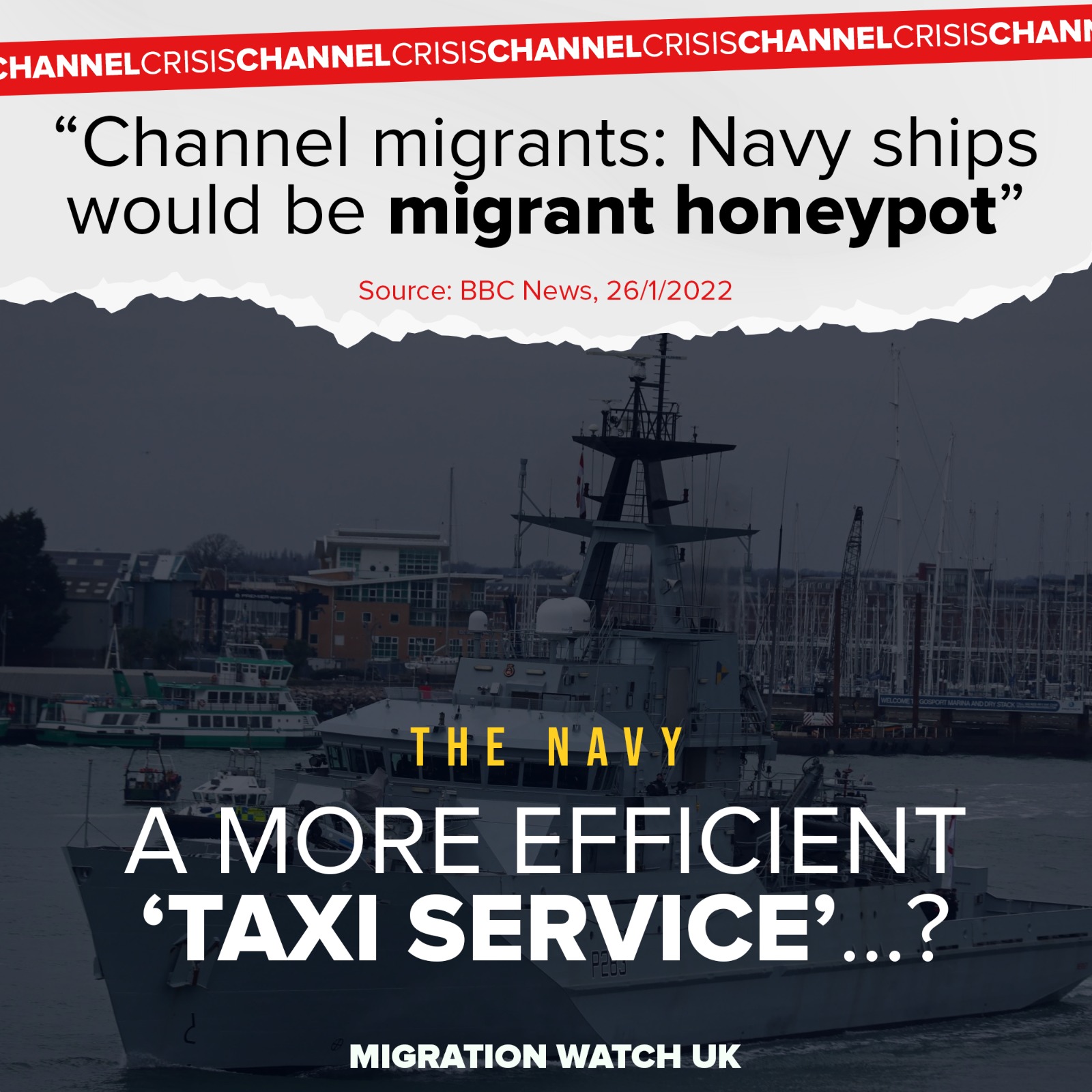 A former naval commander recently told MPs that the Royal Navy’s worldwide reputation could be seriously damaged by becoming a taxi service for migrants across the Channel (see media report).

The handover to the Navy that was touted as being part of the insultingly-named ‘Operation Red Meat’ to try and save Boris Johnson’s premiership in the midst of ‘Partygate’ actually began in late December last year.

The public should be clear that there will be no attempt to stop the boats in the way Australia successfully achieved with their migrant boat crisis in 2013, nor is offshore processing anywhere close to being a reality.

This despite the fact that we have had more than 40,000 reported arrivals, and numbers in 2022 are now six times the number seen by this point last year (see our Channel Tracking Station).

In fact, with the advanced military surveillance being used, the danger is that the Navy could simply become a scaled up version of what the Border Force already is – a more expensive taxi service to shepherd even more failed asylum claimants from elsewhere in Europe to the UK so they can try their luck with our marshmallow soft, overwhelmed, chaotic and abused asylum system.

This is bad for genuine claimants, a safety threat to the public and a huge cost to UK taxpayers who are shelling out to house those arriving in four-star resorts, give them free mobile phones and even pay for taxi rides and yoga classes.

Another twist in the story is that the transfer of operations to the military could mean that the government stops releasing daily figures on the number of people arriving via boat. This would mean that the public gets less accountability and transparency not more.

This follows on from a bombshell report that the government now wants to cover up daily Channel crossing figures (see more here and you can write to your MP about this here).

Indeed, the government seems to think it can use smoke and mirrors to trick the public into thinking they are taking tough action when they are simply treating us as fools.

The news that the navy is not reason to celebrate. As well as being a dangerous chance for them to hide the data and avoid accountability, it’s also a distraction tactic to obfuscate the abysmal failure of the Home Office to take the necessary measures to stop the crossings since the crisis began in 2018.