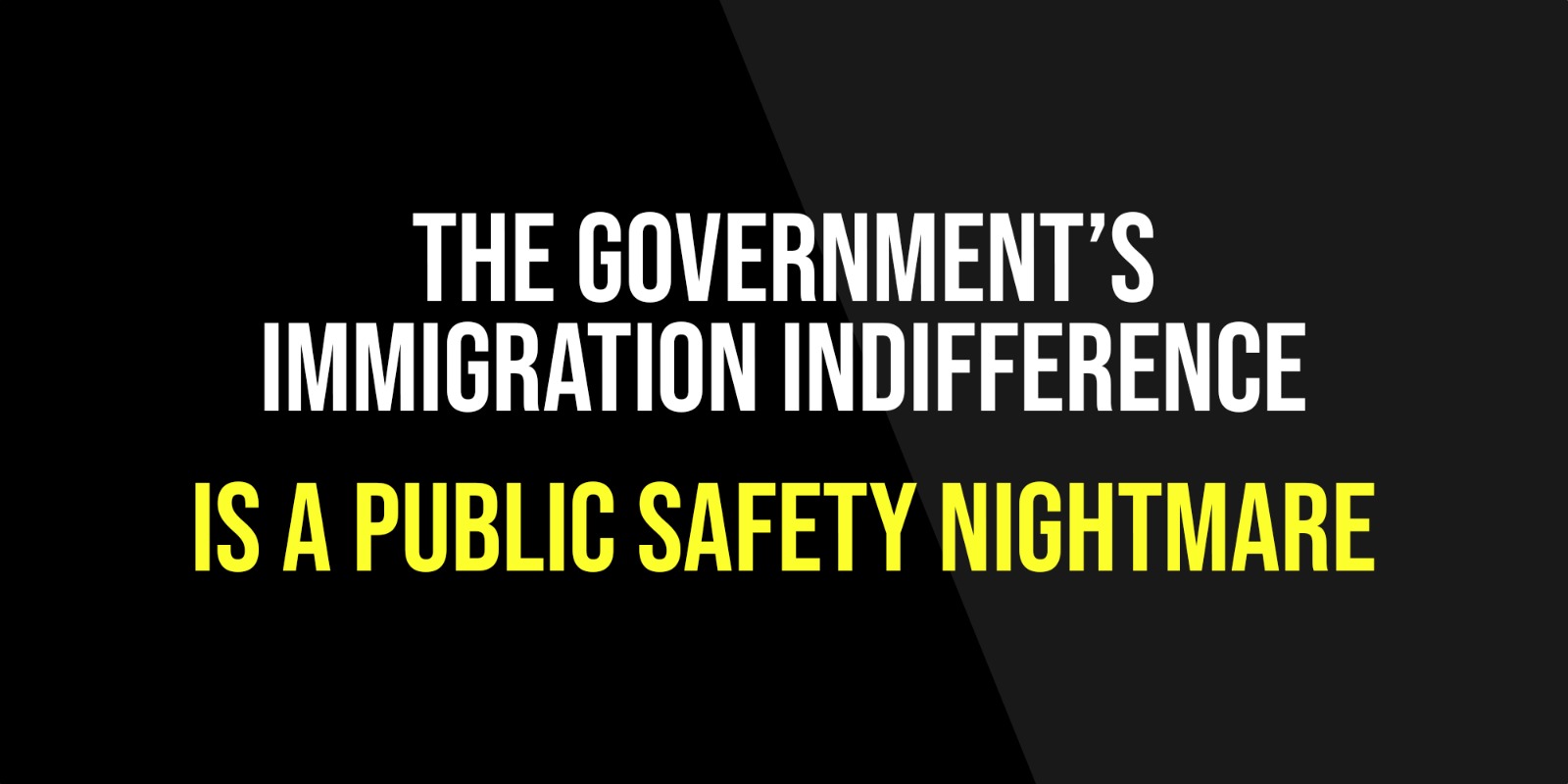 This week we highlighted yet another instance of the government all but giving up on enforcement of immigration law. A recent paper by the Independent Chief Inspector of Borders and Immigration (ICIBI) showed that more than 70,000 migrants who were previously required to report to the immigration authorities have been let off reporting in person over the last eighteen months. The ICIBI’s report further revealed that the Home Office had admitted to inadequate efforts to collect data from a further 11,000 people, including potentially dangerous foreign criminals who had no right to be here. Every day seems to bring another example of the total absence of control.

The excuse was Covid. However, given the decline in enforcement action (see our post on this topic here) and the government’s continual oiling of the wheels of immigration, none of this surprises us and that’s despite all the ‘taking back control’ rhetoric (see here).

Another nugget from the ICIBI has been the news that tens of thousands of undocumented people (ie illegal immigrants) have been allowed to disappear into the population without any serious attempt to locate them (see par.30(f) of our paper). With the Home Office now admitting that the recent failures by its staff ‘were not entirely in line with our internal processes’, this is simply the latest evidence that Boris Johnson’s government are far from serious about controlling immigration and our borders.

Immigration and demand for homes in England

Getting on the property ladder is a crucial step for any young person or parent who wants to secure a future for themselves and their family. However, with the net level of non-UK immigration having run at an average of 300,000 per year since 2001, it is increasingly hard for British families to find an affordable home. In fact – with overseas arrivals running at pre-pandemic levels – just over half of extra homes needed in England by the early 2040s would be a result of immigration. This would require another home every five minutes – nearly 300 every day. For more read our blog here.

Once again, our Chairman Alp Mehmet has been quoted in the press this week. See below:

Telegraph: Nearly 80,000 foreign criminals ‘go under the radar’ as checks fall by wayside

‘The Government’s claims to be getting immigration under control look increasingly absurd. It is time to revert to serious enforcement.’

You can also see Alp quoted on this story in the Daily Express here. And GB News also picked up our press release here.

And please see below for comments by our co-founder, Oxford University’s Professor David Coleman, on this story in a discussion on GB News with Nigel Farage.

GB News: Farage: What the hell is going on?  The segment begins at 28 minutes 26 seconds:

‘The big thing that’s going on is the government’s relative neglect and indifference to the problem of migration, and the inadequacy of resources.’

And some more reactions to major immigration stories this week from Alp:

Mail Online: Britain’s population could be 400,000 higher than official count: Number of EU citizens living in UK is ‘up to 20% above’ government estimates, Oxford study says

Mail Online: Only FOUR crooks were kicked out of Britain on latest deportation flight after 33 were removed following appeals

‘Clearly, the rights of rapists and brutal killers matter more than those of law-abiding British citizens. What an outrage.’

Our cosseted elites do not like borders and they sneer at the tens of millions of British people who want tougher immigration control. That is why despite all the promises after the 2016 vote to regain our sovereignty, and what we were told during the election campaign two years ago, immigration is still incredibly high. It is also why the armada in the Channel bearing more and more illegal migrants continues to grow. In June we said the number of migrants coming this way could reach 25,000 by year’s end. If the weather remains calm we could reach this number by the end of November. The government has opened up, uncapped and weakened the work visa system, potentially to millions more people outside the EU. As we say every week (it really is that important) the post-Brexit immigration-for-work system is much looser than it was previously for those in 80% of the world’s countries. Big business and large scale employers (as well as the foreign student lobby) tell the government to do something and the government responds favourably in double-quick time. We must maintain the pressure on the government to change this state of affairs. You can help to bring about this change by telling Boris Johnson that if he wants your vote he had better sort out the mess that is immigration policy, pdq. Click here to write to your MP and make your voice heard.