UK Population Projections - How to stay below 70 million 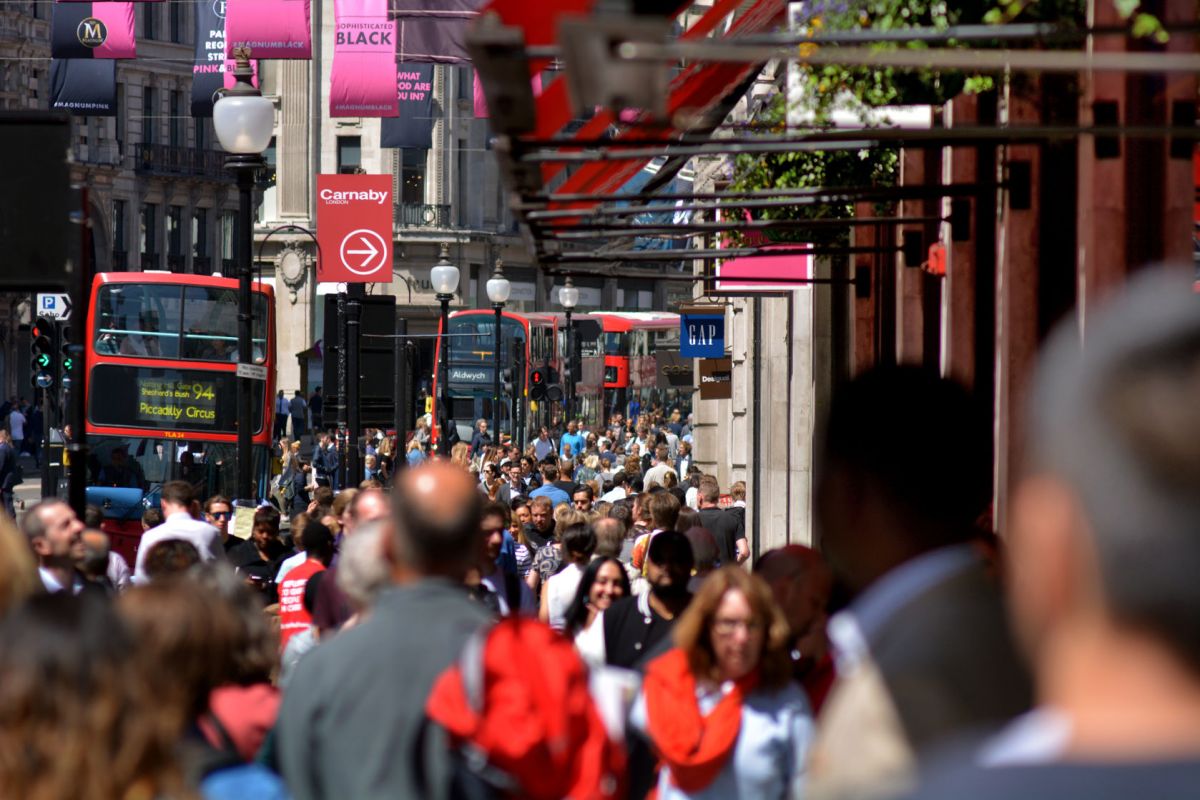 1. Only a significant reduction in net migration to below 40,000 a year will stabilise the UK’s population at below 70 million.

2. The graph below shows the UK recorded population[1] for the last one hundred years and the projected population out to 2061[2] at different levels of net migration. 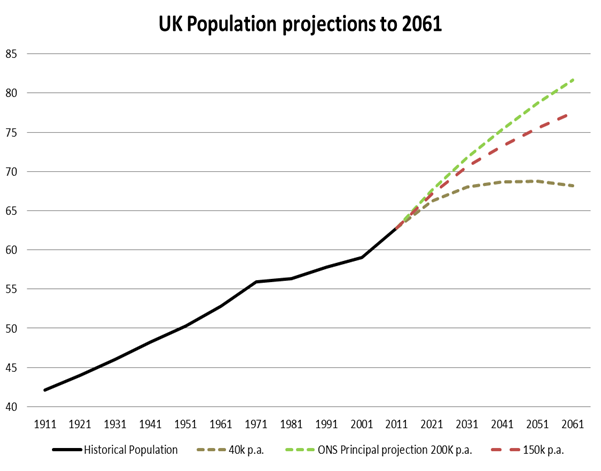 4. In the last ten years the rate of population growth has been significantly more rapid at an estimated 380,000 per year. In this period, however, much of the increase was due to net migration.

5. The latest ONS principal population projection has the UK population reaching 70 million in 2027 and continuing to rise rapidly into the future, with two thirds of the increase a result of immigration. This is based on their assumption that net migration will be 200,000 a year over the period. In 2010 net migration was 239,000.

6. There has been an ill-informed suggestion that reducing net migration to 150,000 will be sufficient to limit population growth to a further 3 million people[3]. However, as can be seen from the above graph, net migration of 150,000 simply delays the population reaching 70 million by four years to 2031 and does not stop it continuing to rise after this date.

7. A net migration of around 40,000 a year is required to stop the continuous population rise and stabilise the population at below 70 million.