The Prime Minister’s pledge on immigration after Brexit 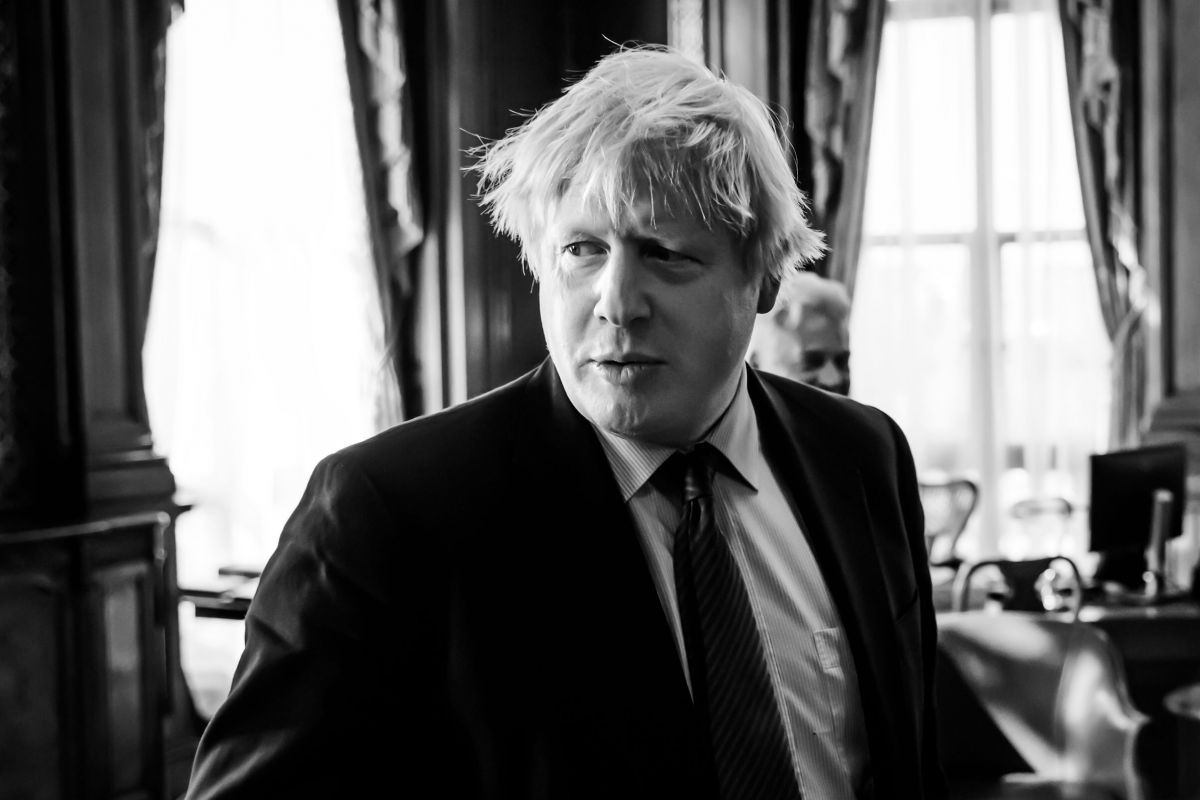 1. There is a serious risk that any reduction in the number of lower-skilled migrants coming to the UK from the EU after Brexit will be counterbalanced by an equal if not more marked rise in arrivals from much poorer and much larger non-EU countries. Much will depend on the chosen criteria for skilled worker visas, as well as on effective enforcement. In order to deliver real control, the future system should adapt and expand the current work permit limit into an Australian-style cap on numbers – something which is both highly popular with the public and vital to ensure that employers invest in providing decent wages, high-quality training and flexible working conditions for UK recruits.[1] Failure to exercise caution in the introduction of the new system risks allowing an expansion in overall net migration – the opposite of what most Conservative voters wish to see, including those in the “red wall” constituencies.

2. Having failed to deliver, the Conservatives abandoned their previous policy (outlined in three General Election manifestos since 2010) for net migration to be reduced to the ‘tens of thousands’.

3. However, days before the 2019 election the Prime Minister made the following statement about his party’s immigration policy. Asked on national television on 8 December whether he could guarantee that immigration will come down, Boris Johnson said:

Yes. I can make sure that numbers will come down...

4. A background briefing note to the Queen’s Speech struck a similar note in suggesting that, as part of a ‘modern, fair, points-based immigration system’, it would be open to a post-Brexit government to reduce immigration:

Developing and reinforcing UK immigration controls and ending free movement will give the Government greater control to reduce the overall number of migrants coming to the UK, with fewer lower skilled migrants.

5. We agree that the government can indeed make sure that numbers come down. 30 million members of the public support such a move, and it is necessary in order to ease strains on public services, infrastructure and communities. This paper considers the possible scope for future reductions and the measures that might be needed to achieve them.

6. In explaining his immigration policy, Mr Johnson outlined three categories contained in the White Paper issued in December 2018. These were:

8. The annual average non-British inflow of just over 550,000 per year (just under half from the EU; just over half from outside it) is comprised of the following (NB These figures relate to gross inflows not to net migration):

9. If we look at the annual average work-related inflow by EU citizens over the same period, this stood at just under 150,000 of the total 222,000 non-British work-related inflow. About two-thirds of this gross inflow of EU citizens came to the UK with an offer of a definite job, and a third arrived to look for work.

The likely impact of Brexit on EU migration

10. With free movement set to effectively come to an end at the close of a post-Brexit transition period ending on 31 December 2020, the final details of the future immigration system (set to come into effect from the start of 2021) are still being determined. In particular, the Migration Advisory Committee (MAC) is set to report on key areas in January 2020, in particular giving its view on the preferred level of Tier 2 salary threshold and the manner in which an Australian-style points-based elements could be adapted for the UK. The potential effects of proposals touted so far can be divided into three categories with regard to EU immigration:

11. This category includes those who would be able to apply for a work permit on the same basis as the rest of the world. New bureaucratic hurdles may deter some but many would be coming here for professional reasons so the impact on numbers could well be limited once the present confusion has been cleared up. Those judged to have “exceptional talent” would not need a job offer.

12. Here everything depends on the qualification / salary levels set for immigration worldwide. The MAC has previously recommended that the qualification level be reduced to the equivalent of “A Level” while retaining the existing main salary threshold at £30,000 per year.

13. But certain employers are lobbying hard for the threshold to be reduced, perhaps to as low as £21,000 per year (barely higher than the London “living wage”). Such changes would likely mean EU migration continuing at a considerable level.

14. There are two schemes under discussion which would have a significant effect in undermining any potential reduction in the level of immigration into lower skilled or lower paid work:

15. There is already a scheme that allows young people aged between 18 and 30 from Anglophone and certain Far Eastern countries to come to the UK for up to two years (non-renewable) for the purpose of work, study or travel. At present the scheme is capped at 59,000 a year - with a separate quota for each country. However, the Conservatives have already offered to extend this scheme to the EU, subject to negotiation. As the director of the Migration Observatory has remarked, this is a source of “potentially quite a significant supply of labour for the UK labour market”. Indeed so. The number of EU citizens who fall into this age group is more than 60 million. Obviously, there would have to be a cap on the numbers.

16. Contrary to MAC advice, the previous government proposed a new route to allow workers from around the world and at any skill level to come to look for work in the UK so long as they come from countries deemed to be of low immigration risk (so far unspecified) with whom the UK has negotiated an agreement. The government said this would be reviewed in 2025.

17. Extraordinarily, these workers would not need sponsorship from employers and could arrive in the UK even without a job lined up. The White Paper says that, to prevent long term working, the visa would be time-limited to twelve months, to be followed by “a cooling off period” of a further twelve months before they could return to the UK. It is believed that this scheme is intended to apply primarily to low skilled workers. It seems extremely unlikely that the government would have the capability to enforce limits on either staying or returning. The main effect of restricting their permitted stay to twelve months or less would be to keep many of them out of the official headline figure for long-term immigration.

18. As an indication of the potential impact of Tier 2 arrangements on those from the EU, we can look at the Labour Force Survey as it relates to those who arrived in the past five years, by standard occupational group.

19. Table 1 below shows that the number of EU workers who arrived over the past five years (and were recorded as subsequently being occupied in a job) was 565,000. Eighty percent (just over 450,000) went into low or mid-skilled roles:

20. This suggests the following:

The likely impact of Brexit on non-EU inward migration

21. The potential impacts on non-EU immigration can be considered under three headings:

22. Provided that the conditions are not significantly loosened, the effect on numbers of such entries for work may well be limited. The existing cap on such workers has only been reached on two occasions since 2011. It should be kept in place, expanded and adapted into an Australian-style cap on work permits going forward. 71% of the public support such a policy.

23. The changes to salary and skill levels envisaged above would, in contrast, likely have a major effect on immigration from the rest of the world since they would mean that up to nine million UK jobs would be exposed to new or increased competition from outside the EU (see this piece).[2] The fact that these visas would lead to eventual settlement would be a major incentive for many applicants from the third world who are, in any case, likely to be encouraged by family members already in the UK.

24. Furthermore, employers, seeing their competitors hiring cheaper skilled workers from around the world, would be very likely to follow suit in a race to the bottom, both to preserve their competitiveness and their profitability. The outcome is likely to be a very substantial increase in non-EU mid skilled migration rather than a reduction, especially if there is any lowering of the level of salary or skills required. The losers would be millions of under-employed and low-paid workers in this country, for whom companies would have less incentive to provide training, to improve wages or to ensure flexible, attractive working conditions (for more see MW446 - The Likely Scale of Underemployment in the UK on the likely scale of under-employment in the UK)[3]. This would be extremely unwelcome in previously Labour constituencies especially.

25. There is already significant number of non-EU migrants in low-skilled work in the UK, many of whom come here as dependants of those on other visas.[4] Others will be partner visa holders, refugees or youth mobility participants. Post-Brexit changes in the number of non-EU migrants in low-skilled work may depend on policing of the aforementioned ‘time-limited route for temporary short-term workers’. It may also be affected by the number of countries with which the UK reached an agreement. There is a clear risk that, once a precedent was set, further countries would demand similar concessions in the context of trade negotiations. Given growing failures of enforcement (enforced returns in the most recent year reached the lowest level since records began in 2004), the UK government may be incapable of effectively policing such schemes.

The measures that will be needed

26. It will be apparent that the current direction of policy – characterised by a loosening of Tier 2 arrangements alongside a number of special arrangements - is towards continuing massive levels of immigration, including a likely continuing rise in non-EU immigration, rather than towards any serious reduction. If this is to be avoided, the new government will need to:

27. The Prime Minister’s promise that the UK’s borders are going to be controlled after Brexit will be welcomed by thirty million UK adults who wish to see immigration reduced (for more, read MW464 - Evidential Basis for the MWUKs 30 Million Claim). This is also true of those in marginal seats, where recent polling suggests that nearly two-thirds (64%) see current immigration levels as a major public concern. However, effective border control - and a reduction in immigration - can only be achieved by firm, determined action together with a cautious approach in the early stages. If the Conservatives were to fail again, it would be their fourth failure to deliver their promise on this vital issue. This would do very serious damage to their credibility and to that of our political system as a whole.

An Australian-style cap on work permits
The Points Based System in Australia – Appropriate for the UK?
Estimate of post-Brexit migration levels under the White Paper proposals
Assessment of the White Paper on Immigration after Brexit