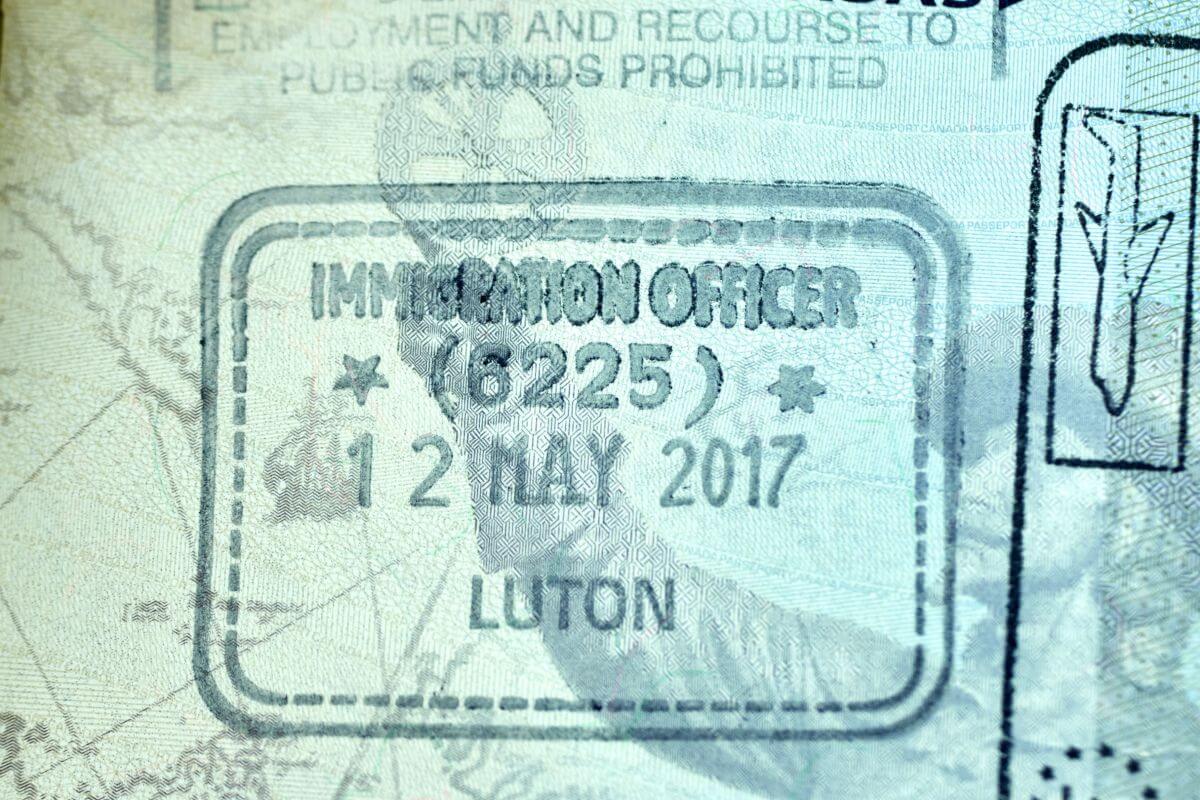 2. Part One of this paper concerns sub-category a) above (dependants of non-EEA migrants). The data is derived from Home Office visa grant statistics, released in November 2018 and February 2019. Part Two of this paper illustrates the trend in visa grants to the elderly non-EEA relatives of UK citizens / settled persons.

Part One – Visa grants to dependants of non-EEA migrants

3. As noted above, there were around 70,000 grants of leave to remain for dependants of non-EEA migrants in 2018. Figure 2 below illustrates that nearly half (47%) of dependants who arrived in the year to September 2018 (excluding asylum dependants / family members of refugees) were from South Asia. Another 10% were from East Asia and 10% were from the Middle East. 9% were from North America and 8% were from sub-Saharan Africa.

Figure 2: Citizenship of those granted entry as dependants in year to Sept. 2018

4. Since 2005, the number of visas granted to such dependants has fallen from 93,300 to just over 70,000. In order to understand the change in the total, Figure 3 below illustrates the trend in dependants being granted leave to enter since 2005 by separate visa category. There have been overall declines in all routes except Tier 5. However, dependants of highly-skilled workers, coming under the Tier 2 route (and, before that, under the work permit route) are now (at nearly 46,000) almost at the same level as their previous peak of just under 50,000 in 2006.

Figure 3: Visa grants to dependants of non-EEA migrants here on other visas

5. Figure 4 below shows that 61% of nearly 50,000 work dependants in the year to September 2018 originated from South Asian countries. The next largest categories of work dependants were from North America and East Asia, accounting for 10% and 9% of the total respectively.

Figure 4: Citizenship of work dependants in year to Sept. 2018.

6. The Tier 1 route was designed to allow high value and exceptionally talented people to come to the UK. As Figure 5 below shows, the largest share of Tier 1 dependants came from South Asia (28%) in the year to September 2018, while the next largest shares came from East Asia (25%) and the Middle East (14%).

7. Figure 6 below shows that the drop in Tier 1 dependants was mostly the result of the closure in April 2015 of the Tier 1 (General) route, which previously allowed highly skilled people to come to the UK to look for employment or self-employment opportunities. The decline was also the result of the closure, from April 2012, of the Tier 1 post-study work route, under which former international students were given two years in which to work.

Figure 6: Visa grants to dependants of non-EEA migrants granted permission to be in the UK under the Tier 1 route.

8. Figure 7 below shows that nearly two-thirds (65%) of Tier 2 dependants came from South Asia in the year to September 2018. The next largest category (10%) was from North America and the third largest was from East Asia (7%).

Figure 7: Citizenship of Tier 2 dependants in year to September 2018.

10. This category was designed for low-skilled workers filling specific temporary labour shortages. The Government has so far never allocated any visas under this route.

11. In contrast to those coming to the UK for two years under the eight-country youth mobility scheme (who are not allowed to bring dependants), dependants of Tier 5 temporary workers (i.e. those coming to work in the creative or sporting, religious or charity sectors, or as a result of international agreements) are able to accompany the main applicant as long as there is evidence of at least £533 in available funds to maintain each dependant. Thus, all Tier 5 dependants listed in the visa statistics are understood to be accompanying temporary workers. Those coming as a temporary religious worker, as part of a Government Authorised Exchange, or under contract to do work that is covered under various international agreements are able to stay in the UK for up to two years. This last category includes private servants in diplomatic households.

14. With respect to the separate category of dependants joining domestic workers in private households, the number fell from 336 in 2010 to just 12 in 2018.

15. The immigration rules specify that some of those granted permission to be in the UK on a Tier 4 study visa may be accompanied or joined by partners and children. Only students studying at postgraduate level for longer than nine months months, or students sponsored to study by the UK government on a course longer than six months, are permitted to be accompanied by dependants.

16. In the year to September 2018, about 12,500 study dependants received entry clearance permission to come to the UK. Figure 11 below shows that the largest category – over 40% - were from the Middle East, while the next largest proportions were South Asia (15%) and sub-Saharan Africa (12%).

Figure 11: Citizenship of those granted entry clearance to the UK as study dependants in the year ending September 2018. Home Office.

17. The number of study dependants has averaged 19,700 per year since 2005. Figure 12 below illustrates that the number of such dependants rose between 2005 and 2010 and then dropped significantly, from the peak of more than 31,700 in 2010 to just under 12,900 in 2018. The decline is likely to be partly the result of restrictions on the rights of international students to sponsor dependants, implemented from April 2011.

18. Figure 1 above illustrates that the second largest of the three sub-categories of all family-related visas is those which allow entry to the non-EEA partners, children and elderly relatives of UK citizens and settled persons. Of the total of 44,400 such visas issued in 2018, about three-quarters (33,300) were issued to partners, while 11,200 were issued for children to come here and other relatives, including elderly dependants.

19. Figure 13 shows that, in the year to September 2018, 40% of the family visas issued to children and elderly dependant relatives were granted those from Sub-Saharan Africa, while 17% each were issued to those from South Asia and the Middle East respectively.

Figure 13: Children / other relatives (e.g. elderly dependants) coming to the UK on the UK family visa route in the year to September 2018.

Annex A: Those joining or accompanying the non-EEA partners, children and elderly relatives of UK citizens or settled migrants

There is an additional category of those issued visas to join or accompany non-EEA partners, children and elderly relatives who have been issued visas. In 2018, around 6,700 such visas were issued. As the graph below shows, nearly a fifth were issued to people from countries in Europe that are not in the EU, while the second and third largest categories were from East Asia (18%) and from sub-Saharan Africa (17%)

Figure 14: Citizenship of those granted entry because they are accompanying / joining those on a family, year to Sept. 2018.

Grants of such visas averaged just under 10,000 per year over the past five years. As the graph below illustrates, the numbers spiked in 2006-2009 but declined markedly from 2008 onwards.

Immigration System, Asylum & Policy
Assessment of the White Paper on Immigration after Brexit
Likely consequences of the MAC’s proposed immigration policy
How to deliver a significant reduction in non-EU net migration