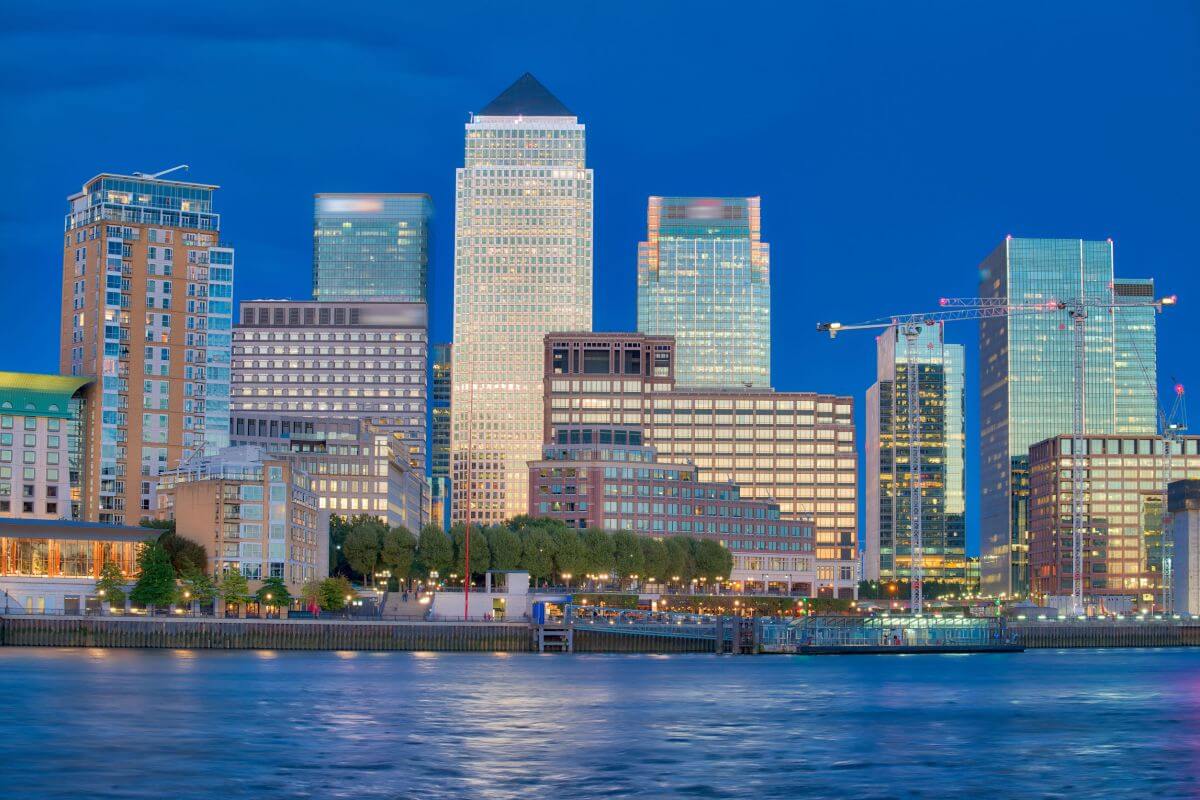 1. The report by the Confederation of British Industry (CBI), (‘Open and Controlled: A new approach to immigration after Brexit’) takes an entirely self-interested approach propped up by remarkably weak economic arguments.

2. It claims to outline an immigration system that is “both open and controlled” - clearly a contradiction in terms - and takes no account of the fact that a majority of the public want to see not just “control” but also a serious reduction in immigration. Indeed, its proposals, apart from being unworkable, would severely undermine the existing immigration system.

3. The economic arguments in support of their proposals are highly dubious. They refer only to a report from the Migration Observatory to support their claims that, “Immigration has delivered significant economic benefit to the UK…”; “foreign nationals pay more in income taxes and national insurance contributions than they receive in tax credits and child benefit”; and, “higher net migration reduces pressure on national debt over time.”

4. In fact, the Migration Observatory report to which they referred does not say anything of the sort. It is a comparative analysis of various respected studies into the fiscal impact of immigration conducted in the last twenty years. It makes the following points:

5. While issues around the fiscal impact of immigration and how to measure it remain contested among scholars and analysts it is clear there cannot be any doubt that while some immigrants will contribute, others will not. Any ‘open’ system that essentially allows individuals to come to the UK freely and autonomously means that no control can be exercised to ensure the entry only of the brightest and the best and others who will make a sufficient contribution. Such control would, by definition, be fiscally beneficial.

6. Furthermore, while net immigration might increase economic growth overall (if more workers equate to more output) there is no evidence for the UK that it increases GDP per head or other measures of prosperity and standard of living. In fact, over the last ten years, GDP per head and productivity (output per worker per hour) have been flat in the UK. This stagnation coincides with the UK allowing free movement to nationals of EU accession states from 2004 onwards. This has given businesses access to a continual flow of cheap labour, thus allowing them to keep wage offers low and lessening incentives for them to invest in training and upskilling the UK-born workforce.

7. This has been borne out by the following:

8. Therefore, while a constant supply of workers willing to accept low wages and employer-imposed working conditions might well have been a boon for some members of the CBI, it has coincided with flat productivity and put downward wage pressure on those low-paid UK-born workers who are least able to afford it.

9. The report also refers to HMRC data showing that recently-arriving EEA migrants in 2013/14 paid £2.54bn more in direct tax than they received in HMRC benefits thus implying that they offset through tax their other costs. However, this narrow comparison does not include the cost of housing benefit or other DWP benefits let alone the cost of providing public services for migrants or their children. It is also worth noting that other HMRC data published later in 2016 and in 2017 shows that taxpayers from Eastern Europe pay only half as much as the average taxpayer and that many pay no income tax at all.

10. The CBI makes four main proposals as to how its ideal immigration system might be achieved:

(i) CBI claim: “The debate surrounding immigration must change to build a system the public can trust – including a new approach to control.”

11. The CBI suggests that, “Restoring public confidence requires a system that measures contribution rather than net migration…” and refers to a poll conducted by ICM (December 2017) which found majority support for, “allowing immigrants to come to the UK as long as there are controls to make sure they will contribute to our society, economy and way of life.” However, the CBI make no suggestions as to how this contribution might be calculated. The Migration Observatory report clearly indicates the difficulty of arriving at such a metric even in purely economic terms, let alone taking account of the less concrete effects of migrants on society and our way of life. As it happens, present arrangements for non-EU nationals could provide a suitable model, with entry for work restricted to those with high-level qualifications and/or salaries, as well as to tightly-defined shortage occupations.

12. The report claims that public attitudes towards immigration are nuanced and that opinion has softened since the Referendum so that “it is not the urgent priority that it was.” However, this claim is not borne out by public opinion surveys. Immigration remains one of the top three issues on which the public say they will base their vote at the next General Election. 63% of people think immigration has been too high over the past decade (YouGov, April 2018) and over half want to see significant reductions (Ipsos Mori, May 2018). Also, of those who say they have become more positive about immigration since the Referendum, the largest share say it is because they are reassured that numbers are falling or will do so (Ipsos Mori, May 2018). Other factors include the weakening of migrant pressures on Southern Europe and a return by the BBC to its traditional stance in favour of immigration.

13. The report suggests that addressing concern about pressure on local public services can be achieved through improving the Controlling Migration Fund. This fund currently has a 2016-20 total budget of £140m. The public might think that spending £30m a year to offset immigration pressures on the existing population is insultingly small when well over 100 times that amount is paid each year in working-age benefits to EEA migrants.

14. The report also suggests that the public are ill-informed about the benefits of immigration and need to be told positive stories about its impact. This condescending approach is unlikely to be effective. Three-quarters of the public believe the UK is already crowded (YouGov, August 2016) and their day-to-day experience is of congestion, struggling to find housing and first-choice school places and increasing waiting times for GP appointments. All these derive in part from the very large scale of immigration in recent years. Additionally, findings by Demos (2018) show that 71% of people say immigration has made communities where migrants settle more divided (Demos, 2018), rising to 78% in localities that have seen high levels of immigration. The CBI offers no solid proposals as to how it intends to convince people that these very real and practical concerns are somehow illusory.

(ii) CBI claim: “The UK must be open to the world if ‘Global Britain’ is to succeed.”

15. The CBI suggests reforming the current Tier 2 work visa system in a number of ways:

16. These proposals amount to completely dismantling the Tier 2 visa system. The CBI refers specifically to a national shortage of welders, electricians and large goods vehicle (LGV) drivers as examples of jobs that currently would not qualify for Tier 2 but would have to be included in the future when free movement ends. However, they offer no reason why these workers should be recruited from abroad when there are four million people in the UK who are either looking for work or want to work more hours.

17. Furthermore, there are a number of alternative solutions to plug the skills gap that will emerge when free movement ends. These include:

18. It is clearly not necessary to open our labour market to the world when we should be encouraging investment in our own workforce to fill skills shortages. However, for as long as business can source workers easily and cheaply from abroad, whether through free movement as now or by over-liberalising the Tier 2 route as the CBI propose, it can escape indefinitely the cost of training and paying UK workers. The resultant dependence on foreign workers is not a sustainable business model and impacts detrimentally on the opportunities available to our own population.

(iii) CBI claim: “Including migration and mobility in negotiations is an important step towards unlocking the best trade deals.”

19. The report suggests that immigration rules should be incorporated into current and future trade negotiations in order to obtain better terms. However, none of the free trade agreements to which the UK is currently signatory as a member of the EU go beyond basic ‘Mode 4’ provisions to enable companies to move their employees around when necessary for the delivery of services in other countries (for example flying out an engineer to meet the terms of a repair and maintenance contract). They are generally very specific that they do not cover entry either to take up employment or to seek settlement in the other country.

20. A new system for EU migrant workers wholly distinct from that for non-EU would be chaotic and unmanageable both for the Home Office and employers.

21. The CBI has also suggested that the UK might wish to revive the settlement reached by David Cameron before the referendum by which the EU said they would allow the UK to apply some restriction to in-work benefits for new EU workers over a period of four years from their first arrival. This was known as the ‘emergency brake’. The CBI should remember that the Cameron ‘deal’ was rejected by the electorate at the referendum. It would be unlikely to work for the following reasons:

22. The CBI proposals offer no prospect of bringing EU migration under control let alone reducing numbers and appear not even to be intended to do so.

Are Migrants an Economic Benefit to the UK?
How vital are further inflows of EU workers?
Brexit and immigration: the way forward
Economics - Main Points