Distortion of the ICT visa system 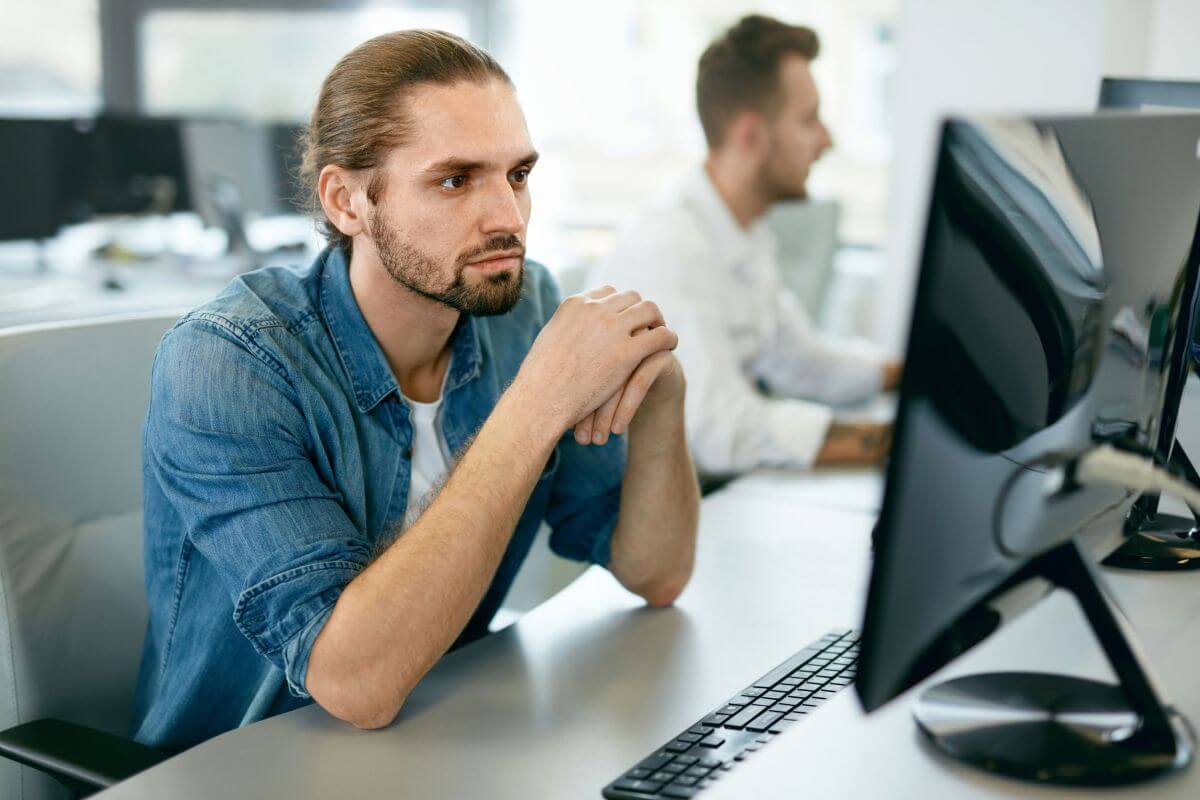 1. Foreign companies who are established in the UK may move their existing employees to the UK without having to obtain a visa under the Tier 2 provisions for skilled workers from abroad (who are capped at 20,700 a year). Instead, they may be admitted in unlimited numbers under special Intra-Company Transfer (ICT) visas. Use of the ICT route has grown considerably since its inception, and this growth appears to be primarily the result of an increasingly liberal approach by the Home Office to the issuance of ICTs which has led to them being used predominantly for the purpose of third-party contracting. This practice is almost entirely confined to the IT industry. In fact, even within that sector, it is only a handful of large, mainly Indian, companies that are responsible for sponsoring the vast majority of ICTs in this way. Expanding the ICT route in this manner not only distorts the visa system, but it has a negative impact on the work opportunities of British IT workers and computer science graduates and undermines the integrity of the immigration system as a whole.

2. There are currently two types of ICT visa that can be issued:[1]

3. There used to be a short-term visa route which allowed a stay of up to three years, but it was disbanded in 2017.

4. ICT visas can be extended provided that the applicant is already in the UK. The maximum stay on an ICT visa for long-term staff earning more than £120,000 a year is nine years. For those earning less it is five years and one month.

5. The Migration Advisory Committee (MAC) first raised concerns about ICTs in 2009 and, among much else, strongly recommended that the Government consider improving enforcement and transparency around the ICT route to prevent it being used outside of its intended purpose. The government responded by blocking the use of the ICT route as a path to permanent residency and extending the necessary qualifying period for working with the company overseas to 12 months, but these modifications to the route did nothing to slow down the number being issued nor their use for third-party contracting.

6. In its second review of the Tier 2 visa system (December 2015)[3], the MAC said that the conventional ICT route was economically beneficial for the UK, but highlighted serious concerns about third-party contracting and its undercutting of UK resident workers of equivalent quality. They said:

if the government wishes to significantly restrict the numbers of visas issued to skilled migrants, there is a strong rationale for focusing on the numbers of migrant workers making third-party contracting use of the intra-company transfer route.

The committee made a number of recommendations including:

They also considered a Resident Labour Market Test to the third-party contracting route and applying a limit on the proportion of Tier 2 migrants in each organisation, although it did not include these as recommendations in the report.

7. In response to the MAC report, new ICT rules came into effect in April 2017. The short-term ICT visa route was disbanded altogether and a health surcharge was made payable for ICTs for the first time. However, most MAC recommendation were not implemented, and certain restrictions were actually loosened including reducing to zero the time necessary to have worked overseas if earning above £73,900 and expanding the maximum number of graduate trainee ICTs within a company from five to 20. Consequently, the major deficiencies of the ICT visa route remain in place and there is seemingly little political will, if any, to rectify them.

What is the problem?

8. In line with World Trade Organisation GATS protocols, ICTs must be permitted for up to three years and graduate trainee schemes for up to a year. The fact that the UK allows for certain ICT transferees to come for up to nine years therefore exceeds international obligations. Furthermore, the MAC does not consider third-party contracting as one of the original reasons for which the ICT visa route was established.[4] The Government’s loosening of the criteria on which ICT visas can be issued has encouraged the use of this route by third-party contractors. It would be perfectly feasible under international law to prevent ICTs being used in such a way.

9. The short-term visa route was the means by which most client contract ICTs were issued until it was closed last year. However, closing the route did not significantly impact the number of ICTs issued overall. Instead, there was an upswing in the long-term ICTs issued which suggests that those who would otherwise have been sponsored as short-term ICTs were simply issued long-term ICTs instead (see fig.1).

10. ICT transferees receive very favourable tax breaks and allowances that the MAC has identified as being beneficial to both the employer and worker, but which also make it cheaper to employ an immigrant worker than a resident one.[6] Under UK tax law, National Insurance contributions are not payable for the first 52 weeks of residence in the UK.[7] This applies to both employee and employer. There is anecdotal evidence that some ICTs are being brought into the UK for just short of this period and then being transferred elsewhere within the EU. This practice of moving ICTs around within the EU also means that some do not remain long enough in the UK to qualify for ‘domiciled’ status and are thus not responsible for income tax either.

11. Although tightened up in April 2017, ICTs can still receive an accommodation allowance as part of their salary. This is a maximum of 30% of salary for long-term ICTs and 40% for graduate trainees. In addition, business expenses for travel, accommodation and subsistence are exempt from income tax for the first 24 months of a posting. Giving evidence to the MAC, some partners suggested that the stated value of these allowances might exceed their actual value. The MAC concluded that “there is a high risk that these provisions are enabling employers to benefit from significant cost savings when employing intra-company transfers compared to UK workers.”

12. The minimum salary for ICTs is currently £41,500. The MAC report (2015) decided that this was a suitable proxy for the earnings of senior managers and specialists. However, there are a number of problems with it:

13. In 1992, 7,185 ICT visas were issued. This was 26.7% of all work permits issued in that year. In the twenty-five years since then, the number of work permits issued has gone up approximately threefold, while ICTs have increased by a multiple of about eight (see fig.3 below). As ICTs are unlimited and not conditional on a Resident Labour Market Test, it would seem that their increasing proportion of work permits is due to their being used by some companies as an alternative to applying for Tier 2 (General) visas which are restricted to 20,700 a year.

14. The MAC identified this area of ICTs as being problematic and most in need of redress as client contract ICTs constitute the majority of all ICTs issued. The third-party contracting route involves multinational companies obtaining contracts (usually in the IT sector) from UK-based private companies or public sector organisations and delivering those contracts by bringing a workforce from another country (usually India – see fig.4 below) to the UK.

15. The MAC identified this use of the ICT route as providing much less positive economic impact than the conventional route. The salient points raised by the MAC are given below: [12]

18. Thus, not only are a handful of companies therefore responsible for a significant proportion of all third-party ICTs being issued, but of the 32 companies that consistently used at least 50 ICTs of which at least 50% were for third-party contracting in each year over the period 2013-17, half are headquartered in India (see Fig.7 below)

19. Those 16 Indian companies issued 13,300 client contract ICT visas in 2017, That is just under a third of all ICT visas for all purposes issued that year (excluding dependents). The single-most prolific company was Tata Consultancy Services which used 6,285 ICTs overall, of which 6,205 (98.7%) were for third-party contracting (see Fig.8).

ICT visa as a path to settlement

20. Since 2010, the ICT visa has not been able to contribute towards obtaining indefinite leave to remain. However, of the 2011 cohort of those who first arrived in the UK on an ICT visa (the only cohort for which data is so far available), 3,979 had obtained settlement or leave to remain five years after receiving their visa.[19] It is likely that others may have done so since 2016 or will yet do so. If we applied this rate to subsequent cohorts entering the UK up to 2017,[20] then we can expect that tens of thousands of people who arrived on ICTs in the period 2012-17 would likely obtain settlement or leave to remain upon being here for five years. To this must be added those who might obtain settlement or leave to remain after being here for more than five years, including those whose ICT visa is valid for up to nine years. The route may not in theory contribute towards settlement, but the sheer numbers of ICTs being issued means that the numbers likely to end up settling are not insignificant.

21. In order to reform the ICT system so that it is no longer possible to use it in the manner explored by this paper, a number of changes should be made to the system.

22. The use of the ICT route primarily for third-party contracting is clearly at odds with the original intention of the scheme which was to provide flexibility for senior staff of international companies with HQ or branches in the UK.

23. Allowing contractors to put in low bids for business on the basis that they can bring in people from abroad at a lower cost clearly undercuts competitors with a domestic workforce and affects the wages of professionals in that sector generally.

Companies that issued 50 or more ICTs of which at least 50% were for third-party contracting in each year of the period 2013-17. ICT data from 2017 (all figures rounded to the nearest 5 by Home Office).

The likely scale of underemployment in the UK
The abuse of ICT visas in the IT sector
Background brief: Intra-Company Transfers
Brussels Leak Reveals Britain to Take Major Share of Indian IT Workers