The graph below, taken from the latest OBR Report has been seized upon by the immigration lobby as it purports to show that immigration helps us to tackle our debt problem.

Two points they did not make:

We believe that it was irresponsible not to have made these points clearer. 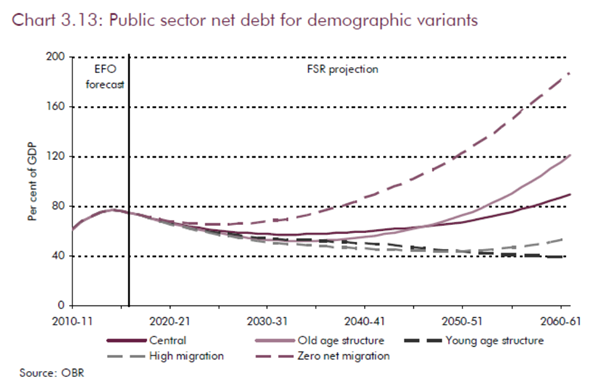 Immigration and the Economy: MW 272