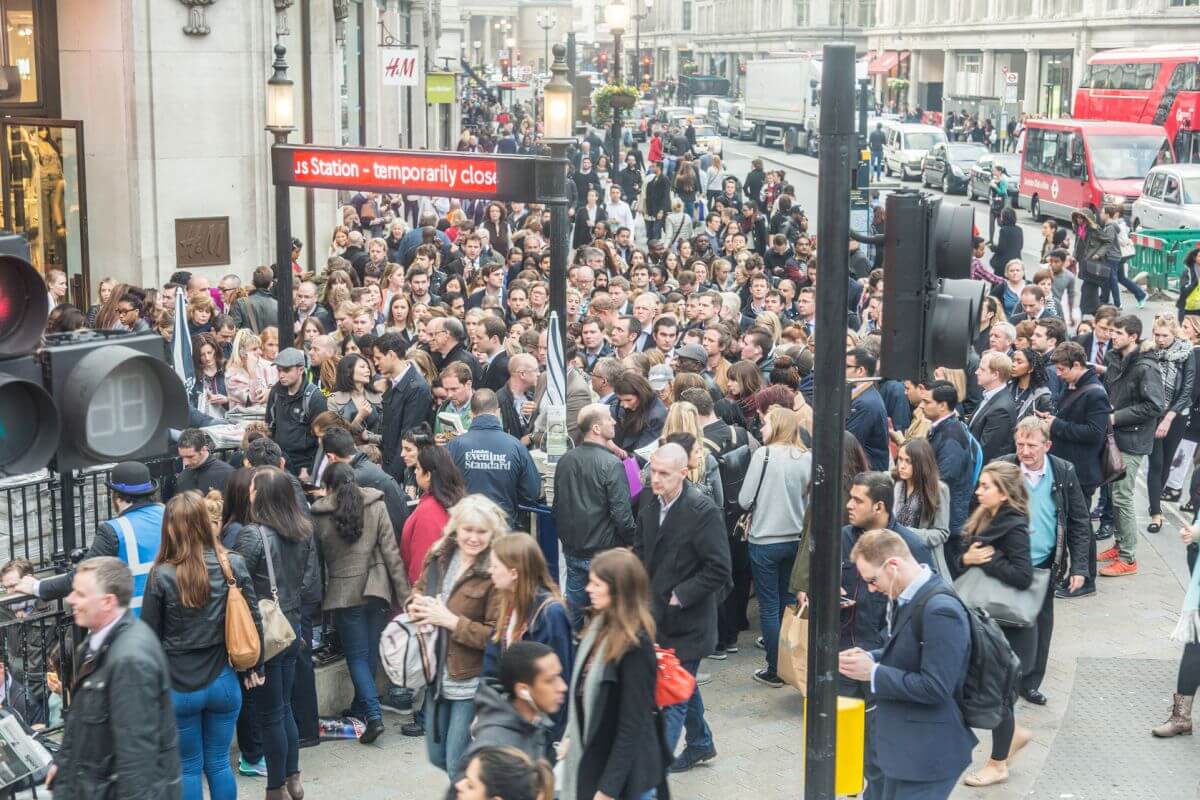 Anyone who doubts the importance of serious progress on immigration at the Brexit negotiations and, indeed, for the next general election would do well to take a look at the population projections issued yesterday.

Our population is set to continue its rapid growth for decades to come, adding yet further to the strains on our society and infrastructure. Around 80 per cent of the increase will be as a result of immigration.

These Office for National Statistics (ONS) projections may seem rather technical at first glance, but they are extremely important as they shape government planning for housing, schools, hospitals and infrastructure.

The latest figures, which are revised every two years, confirm that current high levels of immigration are by far the largest factor in our population growth.

The ONS makes a central assumption, along with two other scenarios based on higher and lower assumptions about future levels of net migration.

Under the principal projection the ONS finds that 77 per cent of our population growth over 25 years will be the result of overseas immigration, including the effect on the number of births.

In the past, the ONS has seriously underestimated migration levels. Indeed, MigrationWatch has been warning for a decade that our population is growing much too fast largely as a result of immigration. Arguably, the ONS has been over-cautious again. The net migration assumption underlying their principal projection (165,000 a year) is extraordinarily low compared to the actual average of 250,000 a year over the past decade.

However, they have also produced a high migration scenario which assumes net migration of 245,000 a year. This gives a UK population increase of nearly ten million by 2041. It also finds that immigration would account for an astonishing 82 per cent of population growth – that is eight million more people in the UK due to immigration.

A population increase on such a scale, in a country which is already one of the most densely populated in Europe, would have a profound impact on our society and would put housing stocks, schools and GP surgeries under even more pressure. Roads will have to be widened and new ones built to deal with the extra traffic, while overcrowding on the tube and railways will increase still further.

Indeed, if net migration to England continues at around current levels, we will have to build a new home every five minutes, night and day, to cope with additional demand. Meanwhile, ONS statistics show that just over 90 per cent of additional households in England in the period 2005-2014 had a foreign-born head.

Immigration on such a scale also affects the nature of our society. In some parts of London, for example, more than three-quarters of births are now to foreign-born mothers (the current England and Wales average is 28.2 per cent – the highest level on record – up from 11.6 per cent in 1990).

The public are strongly opposed to population growth on this scale. A 2016 YouGov poll found that nearly three quarters of respondents thought Britain was already either very or fairly crowded. To this end, and as last year’s referendum underlined, they are anxious to see a decisive tightening of immigration controls.

This is where Brexit comes in. Migrants from the EU have accounted for around half of net migration in recent years, and about 80 per cent of EU workers who have arrived since 2006 have been in lower paid employment.

We have proposed that future migration for work from the EU should be confined to the highly-skilled. This would cut 100,000 a year from recent levels and would get us within sight of a sensible migrant inflow.

It is essential not to waste this vital opportunity. Proposals dressed up as ensuring that employers have the workers they need could well drive a coach and horses through any attempt to achieve a serious reduction in EU migration.

Those in the Conservative Party who perhaps regard themselves as economic liberals and who, in effect, wish to throw in the towel on immigration control should think carefully about the electoral consequences. They would be very serious indeed.