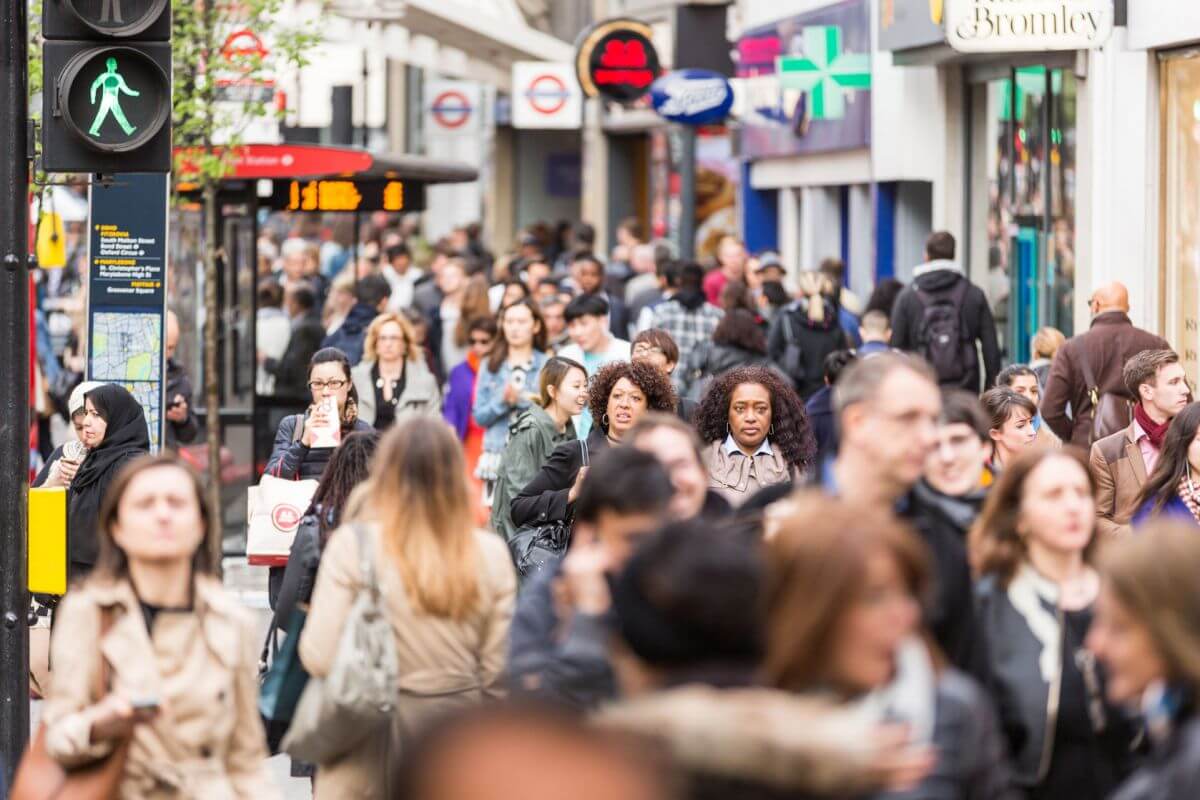 By Lord Green of Deddington
Chairman of Migration Watch UK
UK in a Changing Europe, 7 March, 2017

With the most complex negotiations in our history about to commence, the outcome on immigration will be crucial.

Since 2004, Polish plumbers, Italian baristas and, indeed, a whole range of less-stereotypicalEuropean migrants have come to work and often make their home in the UK. Many will be making avaluable contribution to our society and economy but others will not, and the sheer scale of theinflow with no control on who comes from the EU or on what happens when they come here is areal problem.

It is unfortunate that, when David Cameron sought the mildest of concessions, he was turned down flat under their doctrine of freedom of movement.

This rejection was probably decisive in the outcome of the referendum. The vote came at a time when, for 15 years, the public had become increasingly alarmed by very high levels of net migration. Nor is there any doubt that, on this issue, they felt ignored or condescended to by many of their elected representatives. So the vote to leave can be seen as a form of a revolt. Voters sent an unmistakeable message that immigration must not only be controlled but also reduced.

How did all this come about? During the 1990s net migration to the UK averaged just 60,000 ayear. New Labour’s decisions to ease conditions for spouses, liberalise work permits and expandinternational higher education increased non-EU migration very rapidly. In 2004 eight new EastEuropean member states joined the EU.

The government decided against imposing transitional controls on the inflow of workers from these relatively poor countries – in the expectation that just 5,000-13,000 workers would arrive per year. This was a grave miscalculation, as we warned at the time, sending immigration from the EU through the roof. Previously averaging just 15,000 a year, it soared to over 100,000, bringing overall net migration to more than a quarter of a million a year.

The government didn’t make the same mistake twice so, when Romania and Bulgaria joined the EUin 2007, transitional controls were imposed. Nonetheless, this only deferred the inevitable until nationals of these two countries gained full access in 2014. We had estimated that this couldincrease net migration by 50,000 a year, but Romanian and Bulgarian immigration has now reacheda new annual record level of 74,000 – hardly surprising since GDP per capita in the UK is more than four times higher than in Romania.

The latest figures show that net migration from the EU is now just ahead of the rest of the world at 165,000 a year. Controlling EU migration is therefore essential if we are to bring overall levels substantially down, as the public clearly wish.

Failure to achieve this would have serious implications. At present levels of immigration, the UKpopulation would grow by half a million a year for the foreseeable future. That is roughly the population of Liverpool, and three quarters of the increase would be due to immigration.

As a result, a home would need to be built every five minutes, day and night, just to house future migrants. Migrants also need schools, GP services and hospitals while adding to the pressure on roads and transport. All this at a time when the government is seeking to reduce its very large budget deficit and when some low-earning migrant families will not pay enough in taxes even to cover the cost of benefits they claim, let alone the cost of providing them with public services.

The Prime Minister has made clear that free movement to the UK will end once the UK exits the EU. This was really the only option available to her as anything else would have been deeply opposed by the electorate. A poll conducted after the referendum found that 79% of those surveyed (including 71% of Remainers) felt free movement rules as they stand would not be compatible with Brexit, nor honour the result.

So, where do we go from here? It is important to be clear that we are leaving the EU but we are not leaving Europe. We all value the personal, historical, cultural and economic ties with ourEuropean neighbours. So we strongly favour continuing, on a reciprocal basis, with visa-free travel for tourists, students, the self-sufficient and family members.

The key to reducing the numbers is that those wishing to work should be required to obtain a work permit. The majority (75%) of EU immigration is work-related. Of those who have arrived in the last ten years, 80% are currently working in low-skilled (and thus low-paid) jobs. The economic cost of such a reduction would be limited. The independent Migration Advisory Committee found little or no benefit to the budget, GDP per head or productivity as a result of such migration. Moreover,according to ICM, 62% of the public support a reduction in low-skilled migration.

We have estimated that restricting lower-skilled migration with a system of work permits, confined to those offered skilled jobs, could reduce EU migration by around 100,000 a year.

A transitional period could well be necessary to enable businesses to adapt, especially where EU migrants form a relatively large proportion of the workforce, including food product manufacturing (31%) and hospitality (15%) and, of course, agriculture.

Those businesses which have come to rely on an endless supply of cheap labour working on precarious terms will have to adjust – for example, by reaching out to the unemployed, the underemployed and investing more in training the UK workforce and in technological innovation.

Brexit is an unparalleled opportunity to address one of the defining political issues of recent yearsand finally to make serious progress in reducing immigration so as to ease the strains in our societyand help with the very difficult process of integration.