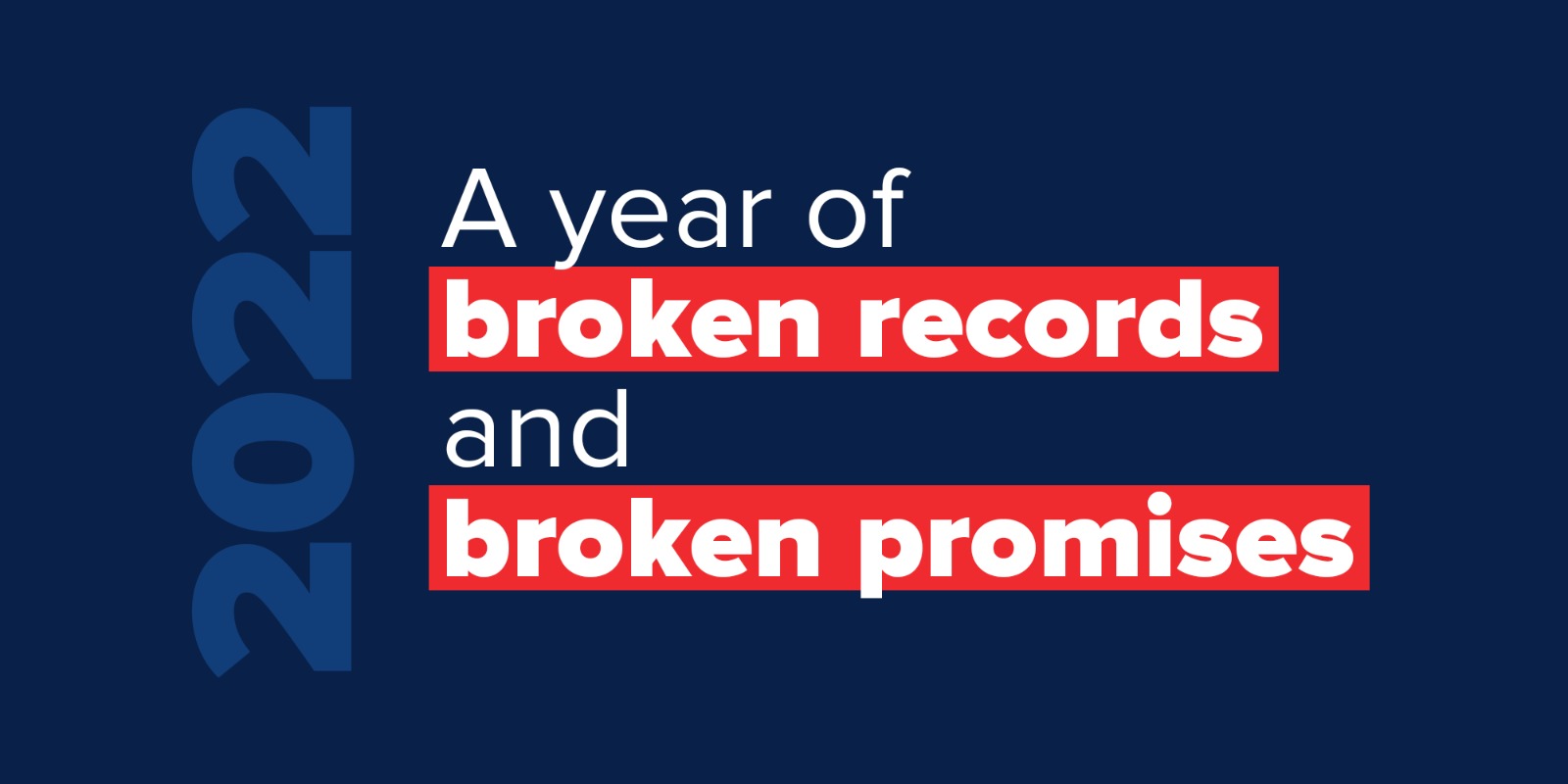 2022 has been a momentous year of broken records. In the year ending September 2022, immigration was in excess of one million, with net migration of over half a million. The inflow from outside the EU of students and their dependants and those coming to work plus their dependants and of course those who came from Afghanistan, Hong Kong and Ukraine, all contributed to the record numbers.

Meanwhile, illegal immigration continued its unrelenting rise, with last year’s massive 28,526 arrivals by small boat surpassed by 1.6 times. The end of year total stands at nearly 46,000, making it almost 85,000 since 1 January 2019 (remember, it was only 299 in the whole of 2018 when it all started), and these are just those we know about. Needless to say, many of them have disappeared into the black economy.

The game of musical chairs in Downing Street and Marsham Street (Home Office), with almost as many Prime Ministers, Home Secretaries and Chancellors of the Exchequer as there are days of Christmas, had a bearing on immigration policy. Indeed, you may recall, Alp Mehmet, our chairman wrote an open letter to the Tory leadership hopefuls inviting them to commit not only to solving the crisis in the Channel but also to resolving the bigger problem of out-of-control legal migration, made worse by the hideously loose points-based system. Only Kemi Badenoch and Suella Braverman gave any hint of taking the issue seriously.

The important point to bear in mind is that the census results published in November showed that since 2010 our population increased by four million people; all of this the result of immigration. In fact, in the last 20 years, our population has grown by 8 million, entirely due to immigration. The UK is now the most crowded major country in Europe – 3.5 times France and nearly twice Germany. Such exponential and rapid population growth and the demographic change this leads to has both economic and social consequences that ultimately pose a serious risk to the cohesion and stability on which our society is founded. This is not something that any government can disregard indefinitely.

So what can we expect in 2023? An end to illegal immigration across the Channel and abuse of our asylum system? Perhaps the first flight to Rwanda taking off….? Immigration cut? Net migration coming down? Employers turning their backs on cheaper foreign labour and recruiting locally, as well as training more of our own? We can but hope.

In Suella Braverman we finally have a Home Secretary who seems to get it and mean it when she says she will tackle both illegal and legal immigration. There were also some welcome proposals that appeared in The Times this week. The PM has also put forward his own five-point plan to solve the Channel crisis. We are told that further legislation will be needed (wasn’t the Nationality and Borders Act supposed to provide all the answers?) The problem is, when it comes to getting tough legislation on immigration through Parliament, no Home Secretary can do it without backing from the PM, for the simple reason that there will only ever be the odd supportive colleague in Whitehall. Most, and in particular the Treasury, will invariably be viscerally opposed to legislation and rules resulting in the control and reduction of immigration.

That said, the clock is ticking and the next general election is less than two years away. While Messrs Farage and Tice are not about to ease up on their attacks and highlighting of government failure. What about Labour? Well, we have heard nothing yet that suggests they have the policies to reverse what they set in motion under Sir Tony Blair some 25 years ago.

As for Migration Watch, we promise to shine a light on what is going on and calling out any political shenanigans.

You might also keep an eye out for a campaign we are planning. But more of that next year, now only a day away.

Finally, the whole of the Migration Watch team, including our chairman, Alp Mehmet and president and founder, Lord (Andrew) Green, send you our sincere thanks for your continued support and wish you a happy and healthy New Year.

Never written to your Member of Parliament? Perhaps make a New Year’s Resolution of it. Letting your MP know how frustrated you are over the government’s failure to control immigration is an ideal way of engaging in the democratic process.

Click here to use our template and keep up the pressure.