What Now For Border Control? 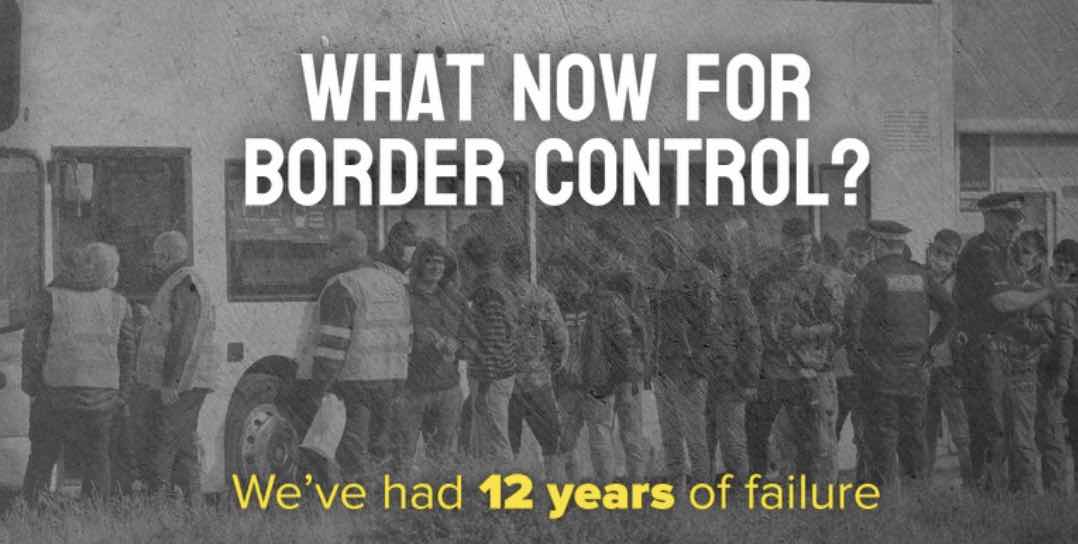 An electoral reckoning is nigh…

So what now for immigration and border control?

Farce? Chaos? Shambles? All of that, and more.

To say that what we have witnessed in our politics over the past 48 hours has been jaw-dropping is to understate the goings-on.

The fuse was lit for the denouement of this chapter of the unfolding tragedy on Wednesday when the brave Suella Braverman had the guts to stand up to both No 10 and the Treasury. She chose to resign rather than go along with open-door immigration policies. She actually had the temerity to insist that the government should honour manifesto commitments:

“Not only have we broken key pledges that were promised to our voters, but I have had serious concerns about this Government’s commitment to honouring manifesto commitments, such as reducing overall migration numbers and stopping illegal migration, particularly the dangerous small boats crossings.”

The Conservatives promised a clear reduction in immigration in 2019 and voters took them at their word. It seems they are in the process of being betrayed. See our polling carried out in the summer here which revealed that the majority of British voters (and the even greater majority of Conservative voters) believe immigration has been too high and want it it reduced.

And yet, we have a regime of weak borders and all but non-existent enforcement on the Channel and cheap labour from around the world. The government has rolled over at the behest of corporate business, the higher education lobby and public sector bosses. The costs to British society, and in particular the lower earners and the vulnerable, have been huge.

We have repeatedly warned that the government will pay a heavy price at the ballot box for their abject failure to reduce immigration. What is utterly baffling is that when finally a Home Secretary materialises who not only gets it but seems capable of cutting the Gordian knot that is immigration today, she is defenestrated with alacrity. All we would say is that the day of electoral reckoning is nigh.

The Government’s developing migration policy. Bring in cheap labour – and to hell with the consequences

If reports are to be believed, and the Government have not denied them, it seems that the Tony Blair government’s wheeze that threw open the UK’s borders is in danger of being repeated – and on a whole new scale.

Treasury orthodoxy is on the verge of triumphing yet again, and to hell with the consequences. It led to immigration-driven population growth of seven million.

The difference between now and 20 years ago, of course, is that since the start of 2021, the immigration system has been further loosened way beyond what it was when New Labour turned on the immigration tap.

The result was a record 1.1. million visas granted for overseas nationals to come and live in the UK in the past year. Read our full blog here.

It has been another busy week for Migration Watch in the national news. See below:

‘Now, new research from pressure group Migration Watch UK has stated that the average annual number of migrants resettling in the UK has risen exponentially compared to previous years.’

TalkTV:The government must get a grip on the Channel crisis

‘Those arriving illegally have to be, I think, held, detained and then removed.’

’It may well be the case that the small-boat route is simply preferred by those with cash and who are eager to avoid interception within France, while those with less money in their pocket keep chancing the lorries.’

Conservative Home: Poppy Coburn: If the Government can’t build homes for young people, it should police our borders properly

‘Our higher education market is “a major export and an important component of soft power”.

‘But study visas, aided by liberalisation under Boris Johnson, are increasingly being turned into a cheap backdoor into the nation for migrants and their dependants.’

Mail Online: Albanian migrants are ‘working on cannabis farms within three days of crossing Channel’: Border Force union warns over rise in ‘young men’ landing in Britain to be recruited by drug lords

‘It was inevitable that the cost of translation services for Albanians was going to increase.

‘The fact that it has gone up by so much simply confirms that there are not only more Albanians coming but also that we are failing to identify criminals at the border.

‘All this is proof of how lax border control has become. This is dangerous and puts at serious risk the safety of ordinary citizens.’

The Sun: Inside hotel that houses asylum seekers in £85-a-night rooms after sacking 75% of its staff to accommodate them

‘A report from think tank Migration Watch UK from September claimed taxpayers are shelling out nearly £1.3billion a year to pick the hotel tab for asylum seekers.’

As the parliamentary Conservative Party starts to look for another leader and Prime Minister after the senseless forcing out of a courageous and capable Home Secretary, it is a good time to let your MP know where you stand on immigration and border control.

Study after study has shown that net migration since the late 1990s has proved to be a net fiscal cost to the exchequer. And yet, the government are doubling down on immigration as a means of growing the economy. They really don’t know what they’re doing.

Do write to your MP.