The Abuse Of Modern Slavery Laws By Asylum Seekers 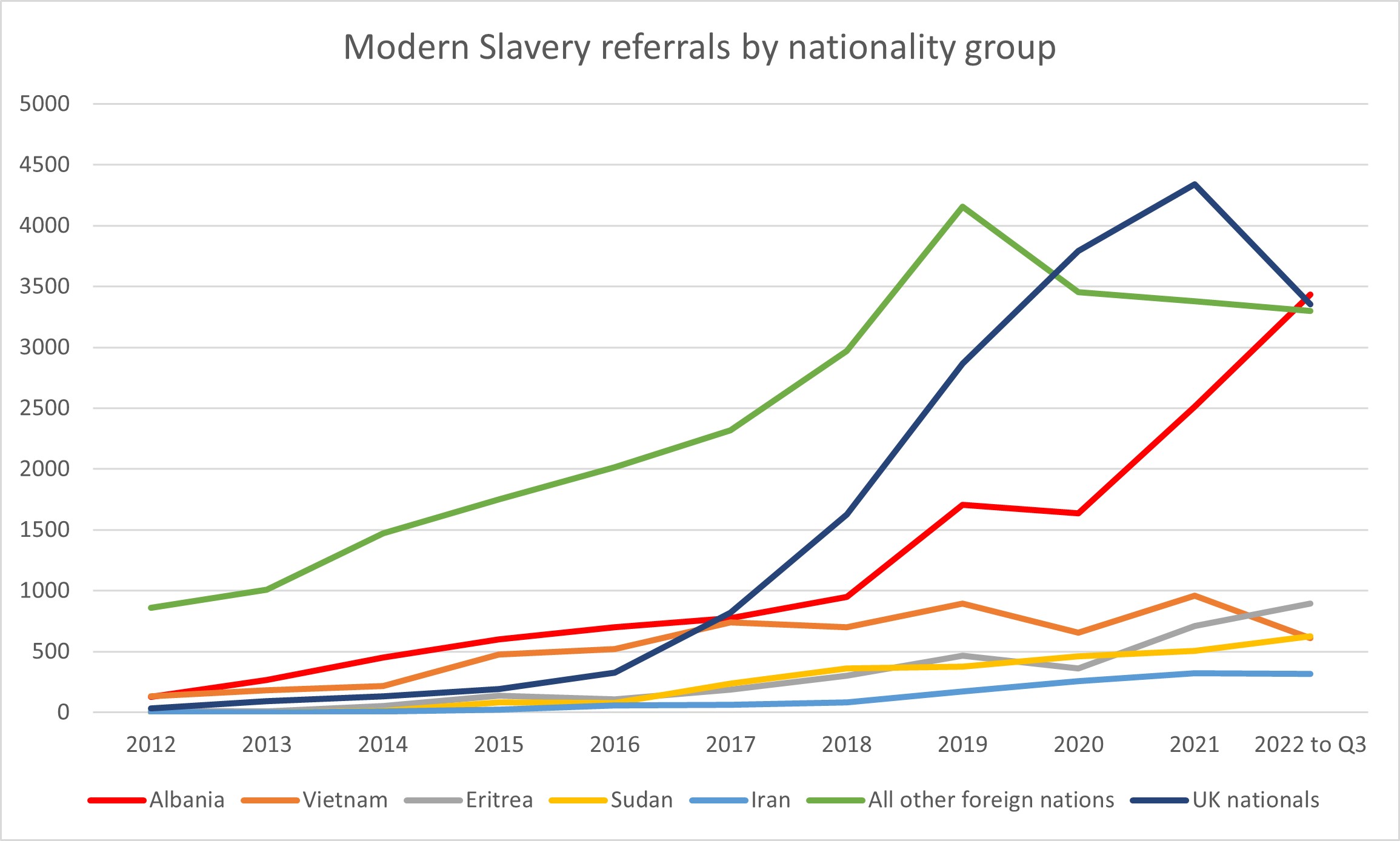 1. The Modern Slavery Act 2015 was passed in order to combat modern slavery in the United Kingdom. Since 2018, 15,977 UK nationals (3,195 per year on average) have been referred to the National Referral Mechanism (NRM) under modern slavery laws and given support where appropriate. In addition to those UK nationals, 37,526 foreign nationals (an average of 7,505 per year) in the same period have made similar claims, some claiming to have been victims of modern slavery here in the UK and some abroad.

Referrals by location of exploitation 2009-2021

4. Data on the location of exploitation among referrals makes clear that the majority of those claiming to have suffered slavery claim that slavery to be UK-based. This marks a significant change from 2009 figures.

6. While current data do not allow for a direct connection to be made between NRM referrals and illegal channel crossings, in 2021 a total of 2,498 claimants were referred to the NRM by UK Visas and Immigration and Border Force (UKVI and Border Force have, amongst other duties, responsibility for processing illegal entrants at Dover).

7. One recent newspaper report, for example, cited government sources who said Albanian asylum seekers were exploiting modern slavery laws after crossing the Channel. If true, it is possible that of the 2,511 Albanians referred to the NRM in 2021, almost all of them could have been referred by UKVI staff at Dover after making an illegal Channel crossing.

8. According to former immigration minister Chris Philp, the threshold of proof for a successful claim has been progressively lowered as a result of campaigning by NGOs and migrant rights’ groups and activist lawyers. The position now is one of an initial denial of being a victim of modern slavery being disregarded should an illegal entrant subsequently change his or her mind and claim to be the victim of modern slavery.