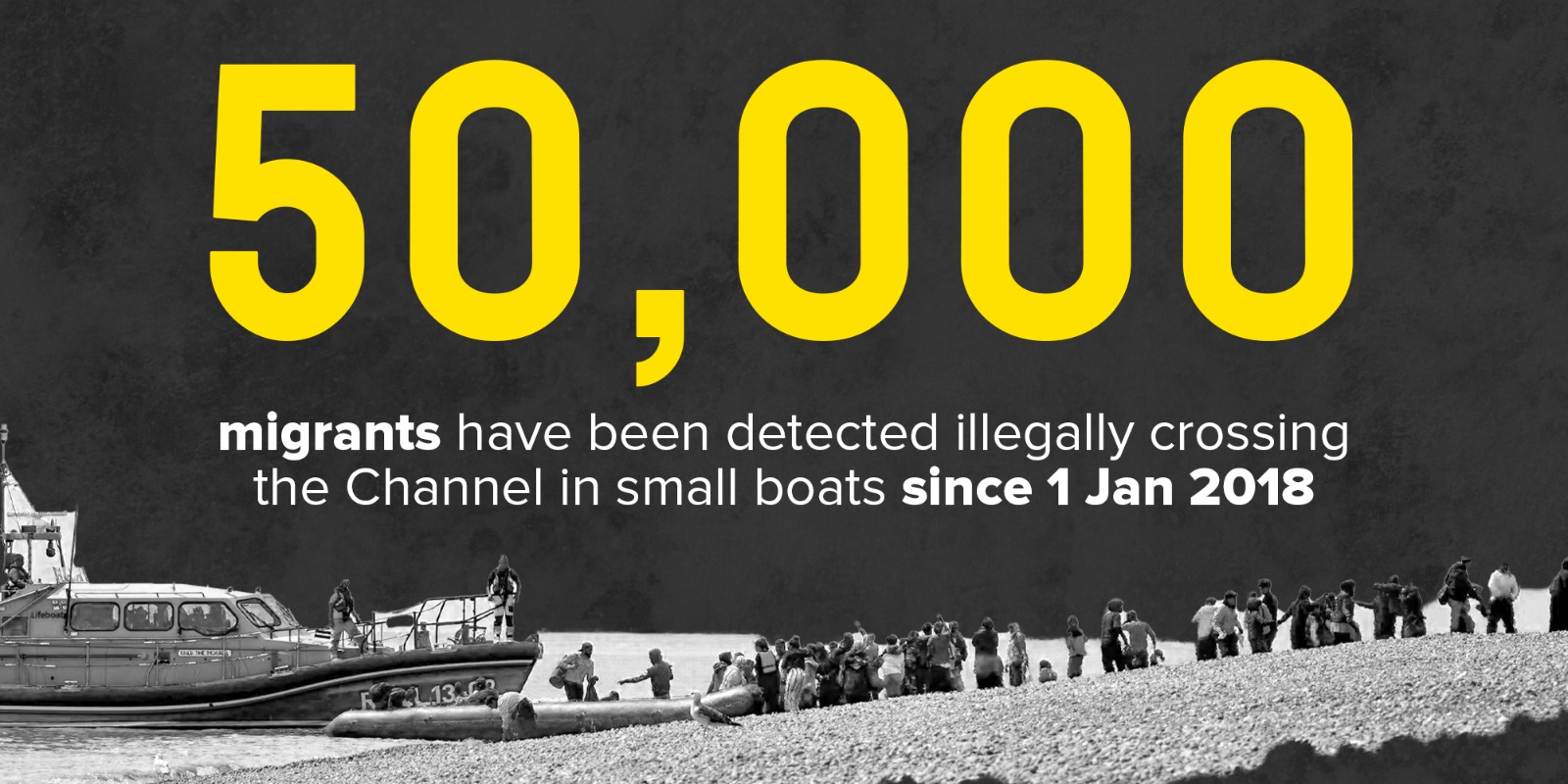 1. The number of boat arrivals since 1 January 2018 has now passed 50,000 and crossings are now double what they were compared with last year (which was an all-time record).

Source: See our Boat Tracking Station which has been recording the numbers for the past two years, based upon bulletins by the Ministry of Defence / Home Office, along with reports by reliable journalists.

3. 98% have no passport when processed

A Freedom of Information release in February 2022 revealed that just 317 people were recorded as being in possession of a passport, despite more than 16,500 people detected illegally crossing the Channel in boats during that period (see our paper and press release).

In March 2021, the Home Office revealed this eye-opening fact (relating to those who came in small boats during 2019) – see p.5 of this government document. Thousands of those crossing on boats are failed asylum claimants who have already tried their luck and been rejected in other European countries, such as France, Germany, Greece, Denmark and Switzerland (see summary). Some would have us forget this important context and receive everyone coming as a fresh claimant. This is patently absurd.

5. Zero are directly coming from place of persecution

The Refugee Convention is only meant to protect those coming directly from the place of persecution. Clearly those crossing from France (a safe and civilised country with a well-functioning asylum system) are not doing so.

As an MP on the influential House of Commons Home Affairs Committee has said: “Anybody coming across in a boat is potentially committing an unlawful act, as well as the people who are facilitating that, because they are not coming directly from a dangerous country”.