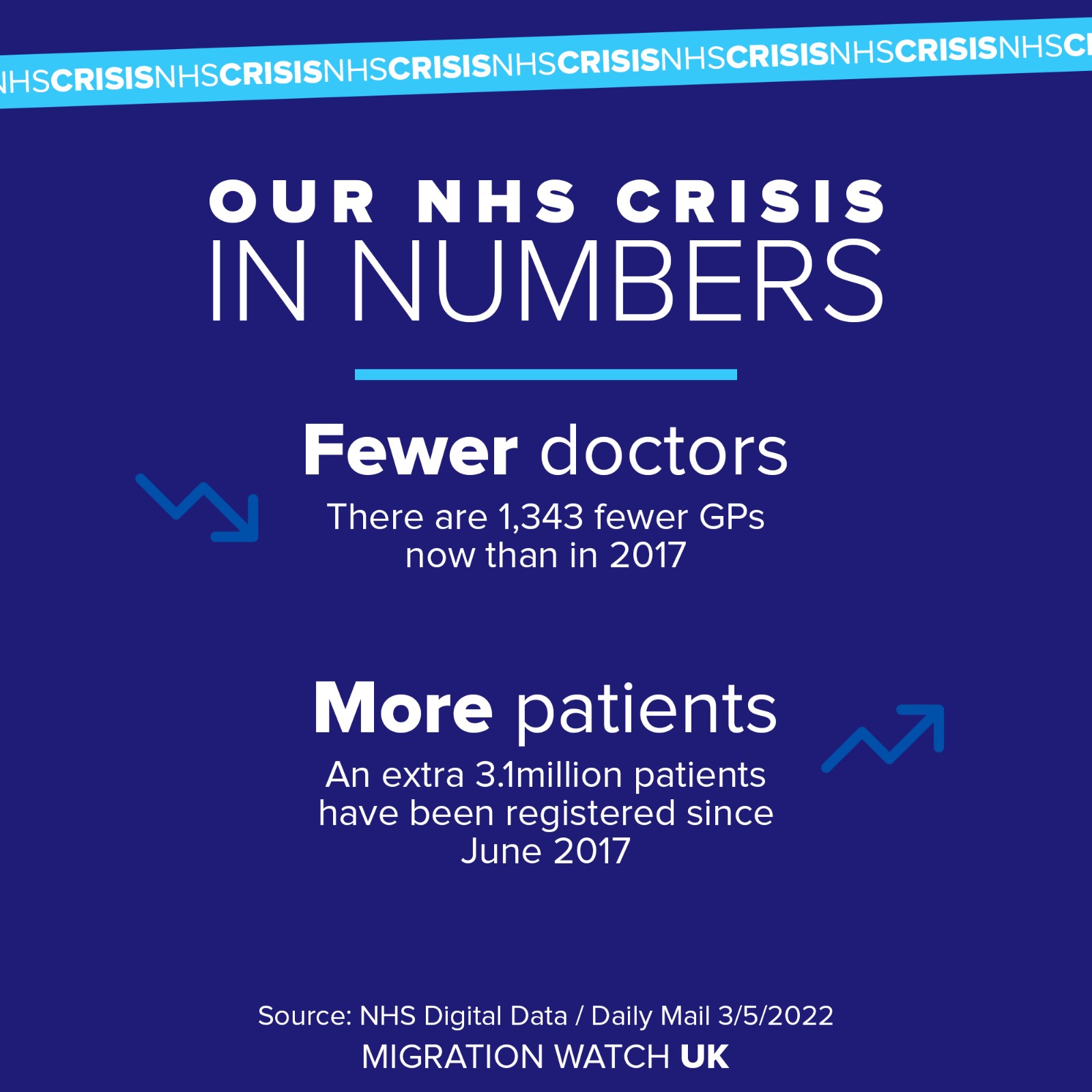 But what pressure does the uncontrolled, mass immigration that we have now put on the NHS?

Analysis of statistics produced by the Office for National Statistics (based upon data from NHS Digital) show that there have been about seven million registrations by migrants with GPs in the past decade or so.

The data below depicts registrations by migrants in England, Wales and Northern Ireland, so such registrations in Scotland will only add to the total.

The graph shows that an average of 56% of all registrations, about 3.9 million out of 6.9 million (or just under 390,000 per year) were in London, the South East and East of England regions.

One note of caution is that migrants who moved between homes in the UK may have been double counted and we don’t know how many people were only here short-term. However, NHS Digital, which collects the figures, doesn’t know the extent of that double counting.