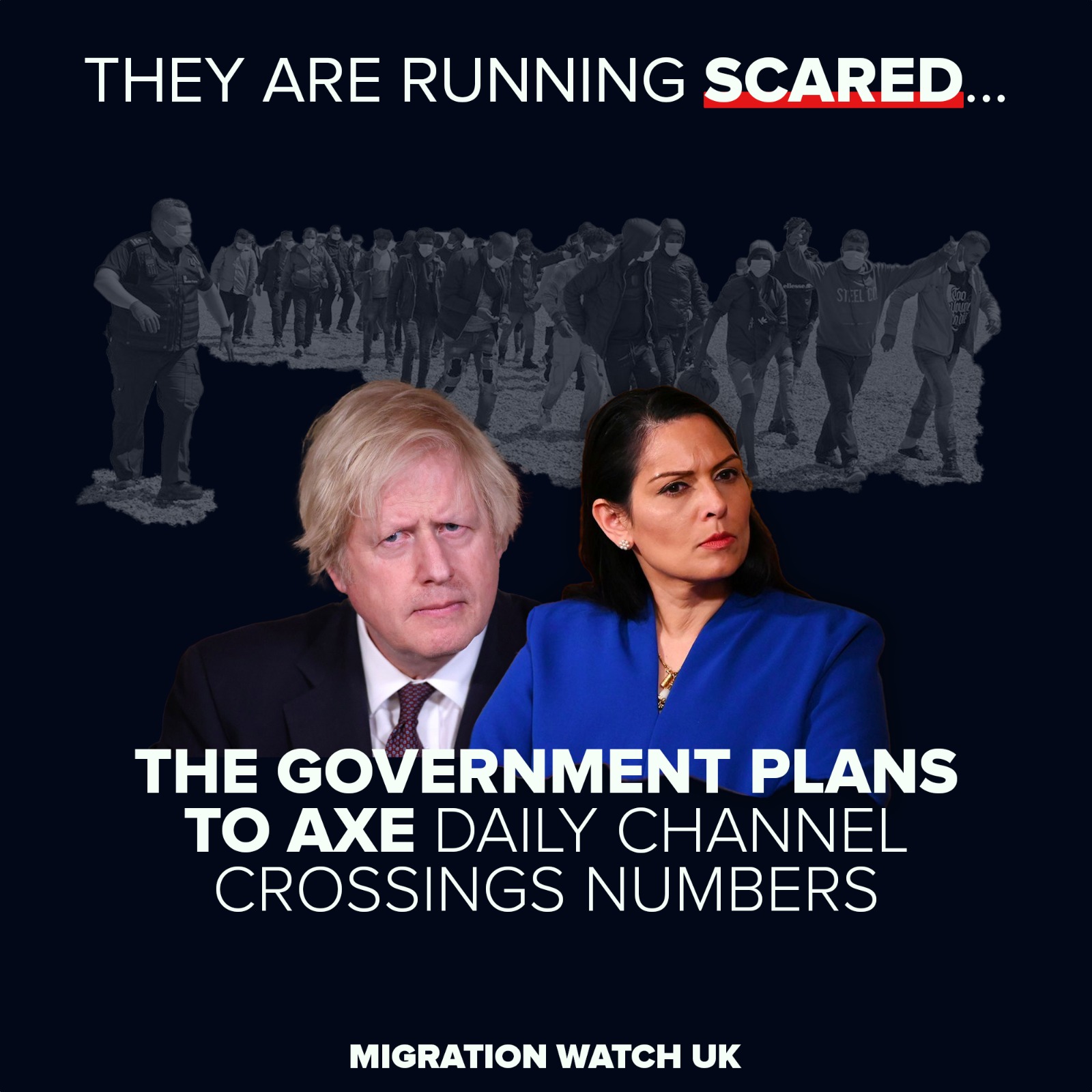 Without transparency, democracy is impossible. Officials must not be able to get away with hiding the truth.

Migration Watch UK has launched a petition to tell the government that it must not cover up the daily arrival totals of people coming to the UK via the English Channel in boats. Instead it should continue to publish daily arrival totals, as they have been forced to do since the crisis began.

Please make sure you sign the petition and also share it as widely as possible among family and friends.

Since the crisis began in earnest in 2018, and the crossings started shooting up, the government have always felt obliged – in the midst of media cajoling – to release the number of people who arrived on any particular day.

Over that time, we have been holding the government to account by tracking the number of people reported to be arriving illegally here on our unique and hugely popular Channel Tracking Station.

But because the government is now starting to feel serious heat about its hopelessly betrayed promises to stop the crossings, they are now looking to stop publishing the daily figures which allow them to be held properly to account over their record.

It has been reported that the Home Office is preparing to ditch the publication of daily figures – prompting accusations that ministers are trying to bury bad news. The department is set to publish the figures only every three months after the official statistics watchdog said data on migrant crossings needed to be more thoroughly checked before publication. The move was revealed to The Telegraph by the Office for Statistics Regulation (OSR), but it said the decision to publish quarterly had been taken by the Home Office.

The simple fact is that preventing the public from knowing the daily arrival totals is a blatant insult to democracy. It seems those in power are terrified of letting you know the truth because they know it makes them look bad.

It’s no wonder because about 76% of the public say the government is handling immigration badly, including three-quarters of the government’s own voters (YouGov).

Make sure you sign the petition and also share as widely as possible in order to ensure that the government feels as much heat as possible and also so we can get this issue debated in Parliament.