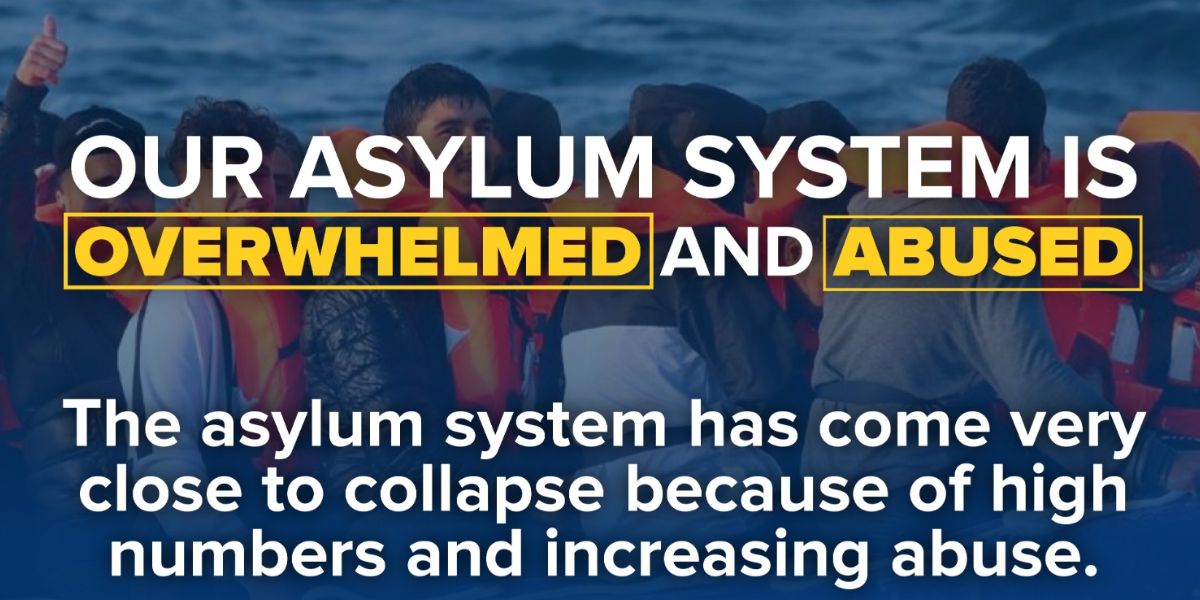 Asylum claims are running at 44,000 per year when main applicants and dependants are considered (year to September 2021 – Home Office data).

Former senior diplomat Lord Kerr of of Kinlochard claims that asylum claims are at half the level of 20 years ago (Lords Hansard 25 Nov 2021 Col 1083-4).

The graph below shows asylum claims since 1979. Lord Kerr is comparing the current situation with a unique period of asylum crisis, triggered by New Labour which the Blair government then scrambled to get a grip on by coming to the Le Touquet agreement on juxtaposed controls and by enacting laws such as the Asylum and Immigration (Treatment of Claimants) Act 2004, which the government now increasingly refuses to use (e.g. in failing to penalise those claiming asylum having destroyed their documentation).

The fact that the government completely lost control of asylum numbers (in the midst of rampant abuse and illegal entries) at the turn of the century is not a good reason for repeating the experience.