We’ve Got Plenty Of Safe Routes 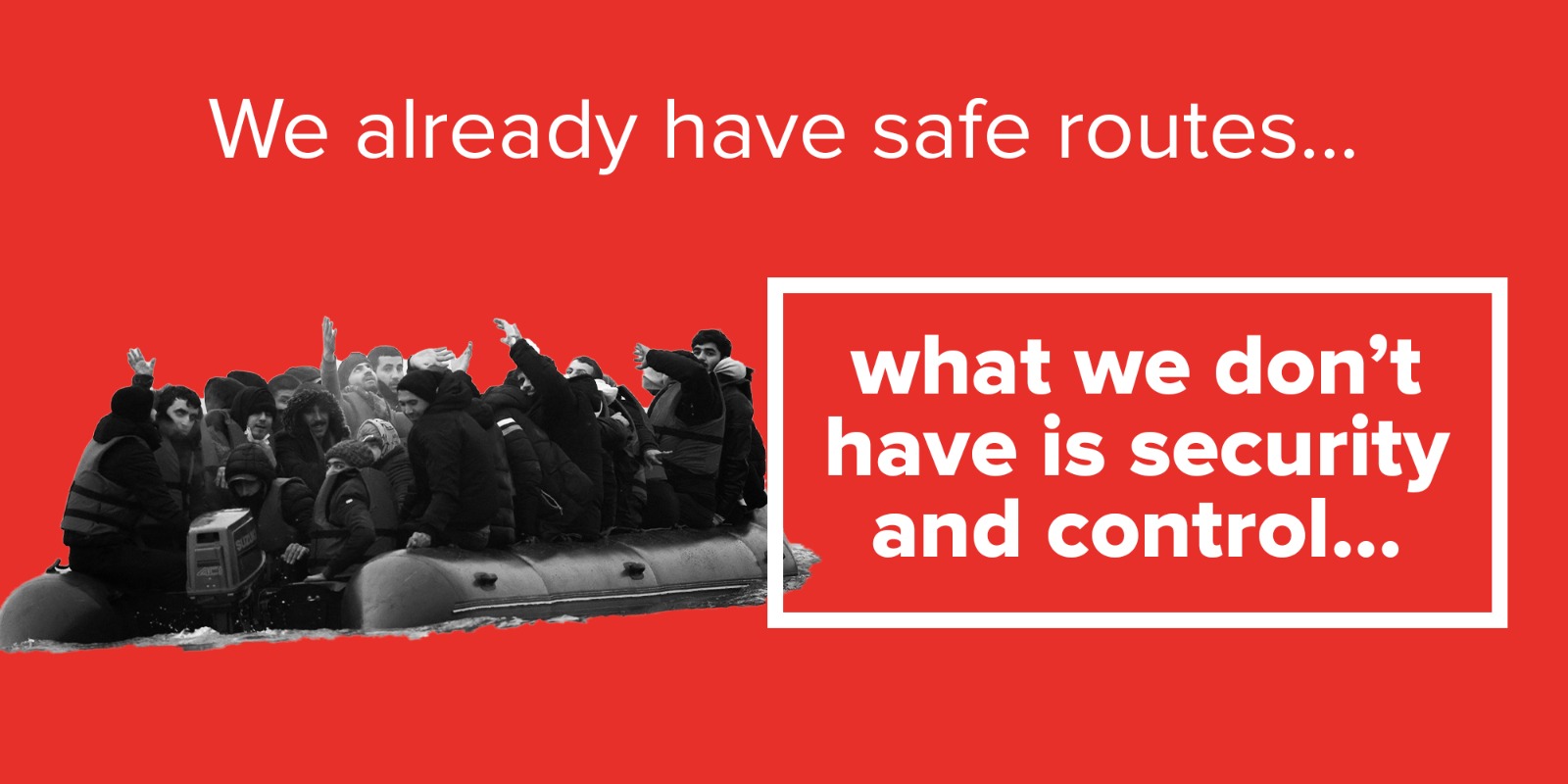 There have been repeated calls this week for the introduction of ‘safe routes’ for asylum seekers to get to the UK as a way of stemming the growing flow of illegal entrants across the Channel. But there are already many ways to come here. We directly resettled more people in the period since 2015 than any other European state, promised settlement for up to five million from Hong Kong and just opened another mass relocation scheme from Afghanistan. We have argued for some time that the only option when it comes to those entering illegally to claim asylum is immediate return for economic migrants to country of origin. Our President Lord Green has written to The Times this week on this very topic. Despite cries of protest from the open borders industry, properly enforcing the border to discourage unauthorised entry by those we cannot properly vet is not just vital; it is entirely within our rights as a sovereign country. The litany of violent crimes committed in recent years by illegal immigrants, some of whom were here long after their asylum claims had been rejected, is a sobering reminder that the government’s pathetic performance is a public safety nightmare (see blog).

Nearly half of five million or so net overseas immigrants to the UK since 2000 went to London, the South East and East of England

The problem of illegal Channel crossings which increasingly dominates the headlines is just one part of the wider scandal of uncontrolled immigration. Detected illegal entries in boats and lorries of at least 35,000 this year so far, along with many thousands who overstay their visas each year, as well as the 11,000 foreign criminals living amongst the public, are just a part of the wider problem of huge inflows into this country that add to the unsustainable population surge we have been experiencing over the past 20 years. Indeed, even in the pandemic-inflicted year to June 2020, the population increased by 280,000 while net immigration stood at 240,000. Meanwhile, nearly half (2.3 million out of 4.8 million) net overseas migrants to the UK since 2000 went to London, the South East and East of England. Traffic congestion, overcrowding, housing strains and massive pressure on school places are just some of the serious impact on our quality of life – as the overwhelming population pressures on London and the South East ripples out to affect the country beyond – with an attendant effect on housing and health sectors which are already facing severe crises. See here for our blog.

Here are some comments from our Chairman Alp Mehmet in response to the week’s top immigration stories:

‘Despite the public safety risks, the Government seems to have turned a blind eye to thousands of illegal arrivals even as numbers soared. This is both shocking and unacceptable to the voters who are paying for this shambles.’

‘It’s as well France is an ally. With a friend like France’s president, we really don’t need enemies.’

And see below for some more responses to the week’s news:

Mail Online: How Germany is waving migrants to a new life in UK: No border checks, free to leave camps… and taxis to ferry them to French beaches where they can cross the Channel

‘If ever there was a reminder of the dangers of the EU’s open border policy this would be it. It is time for the EU to look closely at the totally inadequate Schengen open borders arrangement that has made the problem of illegal immigration so much worse and oiled the wheels of the traffickers and economic migrants.

‘As if an open invitation to millions of people from Hong Kong to come and settle here was not enough.’

The open borders proponents are extremely well-placed and relentless in driving their agenda. They are very good at ignoring and distorting reality, to the point of recasting events and rewriting history. We must not allow them to get away with it. You can help hugely by making sure that your Member of Parliament is aware of your concerns and that you won’t take kindly to their allowing themselves to be hoodwinked by determined social engineers who have no time for ordinary people. If you are tired of politicians promising one thing then doing another – they promised to control and reduce immigration, remember – then please do write to your MP, it’s your opportunity to make your voice heard.