1   The Arab countries of North Africa have been the source of substantial migration, both illegal and legal, into Europe. Some countries in the region - notably Libya and Morocco – have also been used for transit by migrants originating in the countries south of the Sahara to immigrate clandestinely into Europe. Estimates of the Sub-Saharan population of Libya, mostly illegal, range up to 2 million. So far, the numbers coming to Britain have been limited (Annex A).

2   Since January this year three countries in North Africa - Egypt, Libya and Tunisia -  have experienced acute political unrest and change. Some of the factors behind these developments are unique to each of these countries, but they also share some social and political characteristics with other countries in the region:

3   Demographic pressures, illustrated in the graph below have been a key factor in driving political and social unrest: 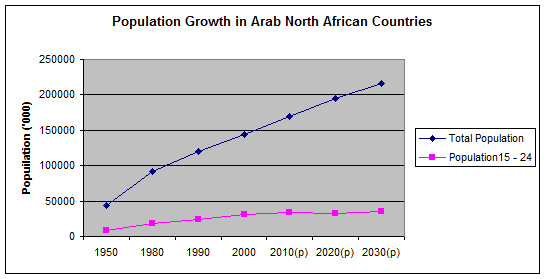 4   Below are summarised some of the consequences of this rapid population increase over the sixty years from 1950 (see also the tables in Annex B).

5   Arab countries in the Middle East are reported by the ILO as having the highest rates of unemployment in the world. Unemployment rates for young people - aged 15 to 24 - are tabulated below for four of these countries:

6   The countries of this region have had governments that are authoritarian, undemocratic and corrupt. Below are results for these countries in two indices that measure democracy and corruption and facilitate comparison between countries (the index dates from 2010 and therefore does not reflect the recent revolutions in Egypt and Tunisia):

7   Three out of five of these countries are in the bottom quintile of rankings, and the two others are not far removed from it.

8   Whilst comparisons with other countries using this index are more encouraging, only two countries - Morocco and Tunisia - are not in the bottom half of rankings. 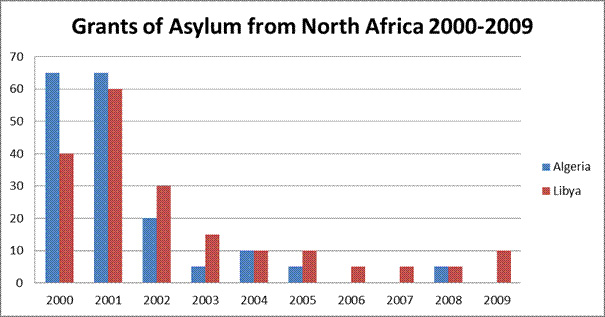 Figure 1  Grants of Asylum from Algeria and Libya between 2000 and 2009. Source: Control of Immigration Statistics 2009. 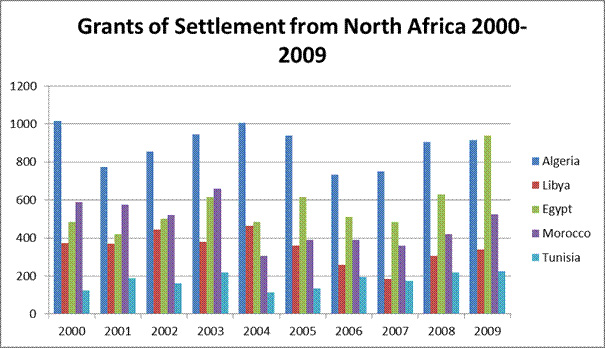 Figure 2  Grants of settlement from North Africa between 2000 and 2009. Source: Control of Immigration Statistics 2009.

Note: There are no data for Libya

See also para. 3 of the ILO Statement on the unrest in Egypt:
http://www.ilo.org/global/about-the-ilo/press-and-media-centre/statements-and-speeches/WCMS_151208/lang--en/index.htm