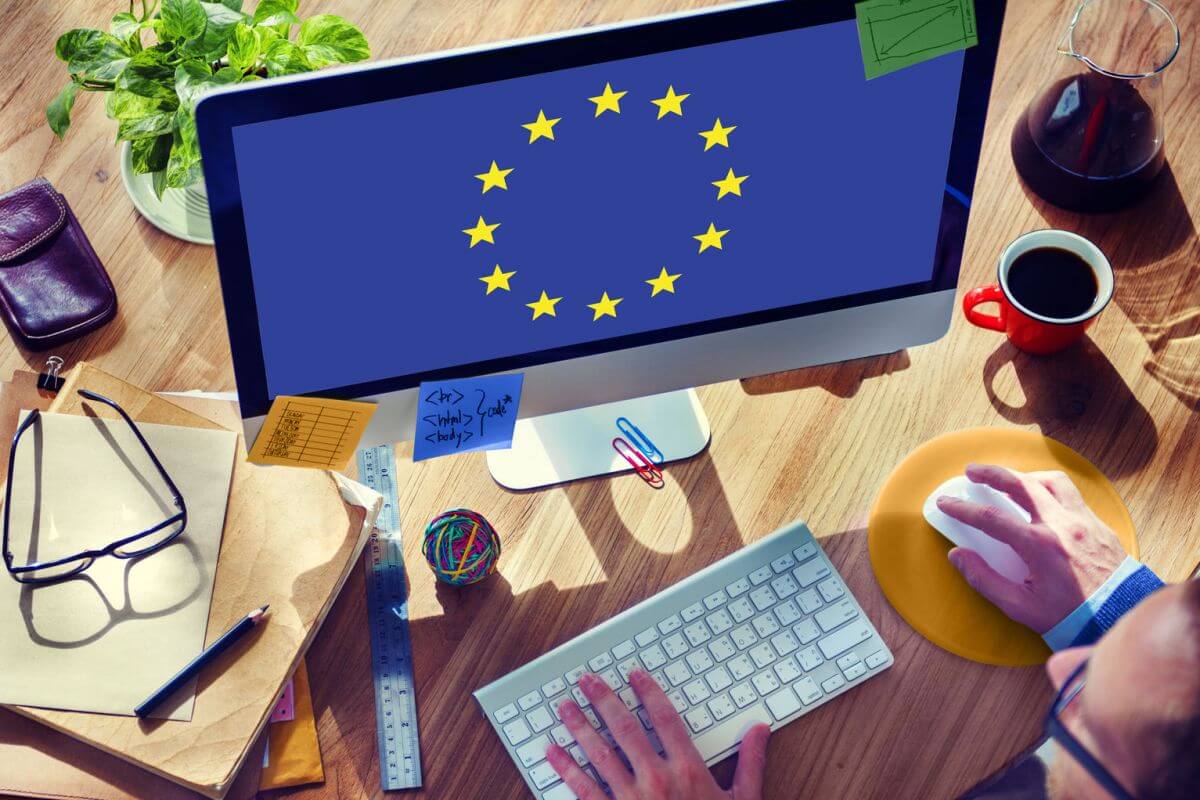 1. It is likely that, following Brexit, British citizens who wish to take a job in a European Union member state will be required to obtain a work permit in order to do so. Although the EU’s “Blue Card” scheme is currently far from complete (87% of such cards are issued by Germany alone), the Commission has proposed extending Blue Cards so that they replace national work permit systems in all 25 participating states. These changes would mean less complicated arrangements for highly skilled non-EU nationals wishing to access work permits as well as lower salary thresholds. Conclusions are at paragraph 21.

2. This paper outlines the likely arrangements for highly skilled non EU migrants who wish to work in participating EU member states when the UK departs the EU, likely in March 2019.

3. Migration Watch UK has argued that the million or so British nationals already residing in other EU countries should be able to remain indefinitely when the UK leaves the EU. This should also be the case for the three million or so EU citizens already in the UK. The government has said striking ‘an early agreement’ on this will be a priority in the Brexit negotiations. The EU’s draft guidelines for the Article 50 negotiations also describe this as ‘a matter of priority’ but they also state that these negotiations will be conducted as a single package so that ‘nothing is agreed until everything is agreed’.

4. Just under 70% of around 900,000 or so British nationals living in other parts of the EU are of working age.[1] Each year, approximately 18,000 UK-born people or UK nationals travel to other EU countries to take up employment (see Annex B).

5. The Blue Card, launched in 2009[2], currently operates alongside member states’ own national work permit arrangements for highly skilled third country nationals (i.e. non-EU nationals). The directive is currently in legal force in all EU member states except for the UK, Ireland and Denmark.

6. A Blue Card only offers the holder labour market access to one EU member state at a time. It lasts for between one and four years and provides holders and dependants with a path to permanent EU residency within two to five years.[3]

7. Applicants for a Blue Card need to be able to show that they have:

8. Blue Cards currently allow family members to accompany the holder provided the latter has sufficient financial resources, accommodation, health insurance and proof of relationship. Family members are also allowed access to education and can work in any job.[5]

9. Blue Card holders can travel to other EU countries for up to three months during any six-month period. After 18 months holders are allowed to relocate to a different EU country to work in highly skilled employment.

Table 1: Summary of the main conditions of the current EU Blue Card.

12. Except in a few states, national work permit schemes continue to be the dominant means by which member states decide upon the entry of highly skilled third country nationals. For instance, the number of Blue Cards issued in the Netherlands between 2012 and 2014 was vastly outstripped by the number of Dutch Highly Skilled Migrant (Kennismigrant) visas issued.[12]

13. The failure of the Blue Card to attract as many highly skilled workers as the EU would like has spurred reform proposals that were published in a June 2016 draft directive.[13]

14. The proposed reforms would:

15. The projected salary thresholds would vary widely by member state and by job type. In the five member states where most EU-based British nationals live and which implement the Blue Card (Spain, France, Germany, Netherlands and Belgium), the prospective salary threshold range (based on 2014 Eurostat figures) would be between £17,000 and £46,400 a year.[17] The minimum salary threshold for experienced highly skilled non-EU workers in the UK is currently £30,000 a year.

16. The reforms will also limit the instances in which a resident labour market test could be carried out. At present most states are able to apply a resident labour market test before granting Blue Cards but the reforms propose that such a test can only be carried out in exceptional circumstances, for instance if the state experiences a high level of unemployment in an occupation or sector, in all or part of its territory.[18] However, this proposed restriction on labour market testing has been challenged by member states in recent consultations on the draft directive.[19]

18. The EU estimates that, if the new directive were implemented as mandated, its incorporation could lead to between 32,000 and 138,000 extra Blue Cards issued each year across the EU, with the largest increases in France, Italy, the Netherlands and Sweden.[21]

19. The reforms would need to be passed by a qualified majority in the Council of the EU. However, given historical reluctance of member states to give up powers over economic migration, the changes may be controversial. Resistance may come in particular from countries such as Sweden and the Netherlands, which have relatively successful labour migration schemes.[22]

20. The proposal to make it easier for third country nationals who are ‘legally present’ in EU states to apply for Blue Cards without leaving the country first may gain relevance for the UK in the unlikely event that the residency rights of British nationals already in the EU are not legally guaranteed during the Brexit negotiations. If this were to happen, British nationals already residing in the EU would then likely find it easier to apply for a Blue Card from within an EU state than might otherwise be the case.

21. Current EU arrangements for highly skilled work permits are either incomplete or characterised by differing arrangements across states. However the EU aims to make the system more uniform and increase the number of Blue Cards issued by lowering salary thresholds among other changes. If the reforms take effect, applicants should be able to obtain a Blue Card after having been offered a six-month job contract. In the five member states where most EU-based British nationals live and which implement the Blue Card (Spain, France, Germany, Netherlands and Belgium), the prospective salary threshold range (based on 2014 Eurostat figures) would be between £17,000 and £46,400 a year. It would be easier to apply for a Blue Card from within the EU and there would be a shorter period before which a Blue Card holder could move to another member state if they wished.

Annex B: Estimate of number of Britons migrating to work in the EU

2. The International Passenger Survey also reveals that, in the period 2011-2015, the average annual proportion of British citizens traveling overseas for work-related reasons worldwide was 54%.

3. It is important to add a note of caution as these two datasets measure two different things - UK-born people and UK nationals. However, if the 54% figure were applied to the annual average outflow of 34,000 described above, this would give a rough estimate of just over 18,000 either UK-born people or British nationals departing each year to live and work in the EU.[24]

Spain issued only 39 Blue Cards in 2015. In contrast, she issued nearly 2,140 national work permits to highly-skilled non-EU migrants.[26] A significant national route for the highly skilled is the Ley de Emprendedores (Entrepreneurs’ Law).[27] See below for a comparison of the Ley de Emprendedores with the UK’s Tier 2 (General) work permit. There is also a General Work Permit for which no salary or qualification thresholds apply, although a resident labour market test is necessary. Some types of employee (e.g. university professors, technicians and scientists) do not require a permit to work in Spain.

France issued nearly 600 Blue Cards in 2015, the second largest number after Germany. However, that same year she issued 2,560 work permits for highly skilled non-EU migrants under national rules.[28] For a comparison of general Blue Card requirements currently in force against those of the UK’s Tier 2 (General) work permit, see Annex A above. The current conditions for obtaining a French Blue Card include:

Most employment-related work permits in France do not require a salary and qualifications test although they do require a Resident Labour Market Test. The French skills and talents permit (la carte ‘compétences et talents’) is a route for professionals who are seen as having the potential to make a ‘significant contribution’ to the French economy which allows the holder to exercise any professional activity related to their specified project or activity. See table 4 below to compare the French ‘compétences et talents’ permit with the UK’s Tier 2 (General) work permit.

There are other several types of residence permit which allow highly skilled work:

Since Ireland does not take part in the Blue Cards directive, it issued no Blue Cards in 2015. However, it issued at least 2,400 work permits to highly skilled non-EU migrants under national arrangements in 2015. One such route is the Critical Skills Permit (formerly known as the Green Card).[30]

Ireland also has a General Work Permit available for occupations with an annual remuneration of just under £26,000. Normally, they will be subject to a labour market test. Workers on these permits can bring family to live in Ireland after they have been legally working there for a year. Workers who wish to work on a self-employed basis must obtain business permission from the government. To do this they must meet a range of criteria.[31]

Ireland also operates intra-company transfer permits. Applicants must earn at least £34,300 per year (trainees must be earning at least £25,700 a year) and have been working for the company for a minimum of six months (and for one month if they are a trainee).

As noted above, the main route for highly skilled non-EU citizens wishing to gain the right to live and work in Germany is the Blue Card (incorporated into German law by Section 19a of the Residence Act).[32] For a comparison of general Blue Card requirements currently in force with those of the UK’s Tier 2 (General) work permit, see Annex A above. Current requirements for obtaining a German Blue Card are below:

There are alternative routes for qualified experts to apply for a residence permit allowing a job search for a maximum of six months (Sec 18c of the Residence Act). It is also possible to obtain a residence permit which allows for self-employment (Aufenthaltserlaubnis zur Ausübung einer selbständigen Tätigkeit)[34].

Although Blue Cards are technically an option in the Netherlands, the country did not issue any Blue Cards in 2015. However, it issued at least 7,100 highly skilled work permits under bespoke national arrangements. One such route is the Highly Skilled Migrant (Kennismigrant) scheme. This permit is far more successful than the Blue Card as the procedure involved is shorter (as quick as two weeks for recognised employers) while the document requirements are simpler. The minimum salary that an employee must earn under the Kennismigrant scheme is lower than that in effect for the Blue Card. For instance, the Kennismigrant threshold for workers over the age of 30 is just under £45,000, while for workers under 30 it is £33,000. This compares with £52,500 for a Dutch Blue Card.[35] Table 6 compares the requirements for the Kennismigrant visa with those for a Tier 2 (General) work permit in the UK.

Another route for highly skilled non-EU migrants is the ‘Orientation year for highly educated persons’. An applicant who has obtained a PhD can be issued a residence permit for a period of one year entitling them to seek suitable employment in the Netherlands.

In November 2016, a new EU directive, the Intra Corporate Transferee (ICT) directive, was implemented in the Netherlands. The new rules based on the ICT directive make it easier for multinational companies to transfer skilled workers from non-EU countries.