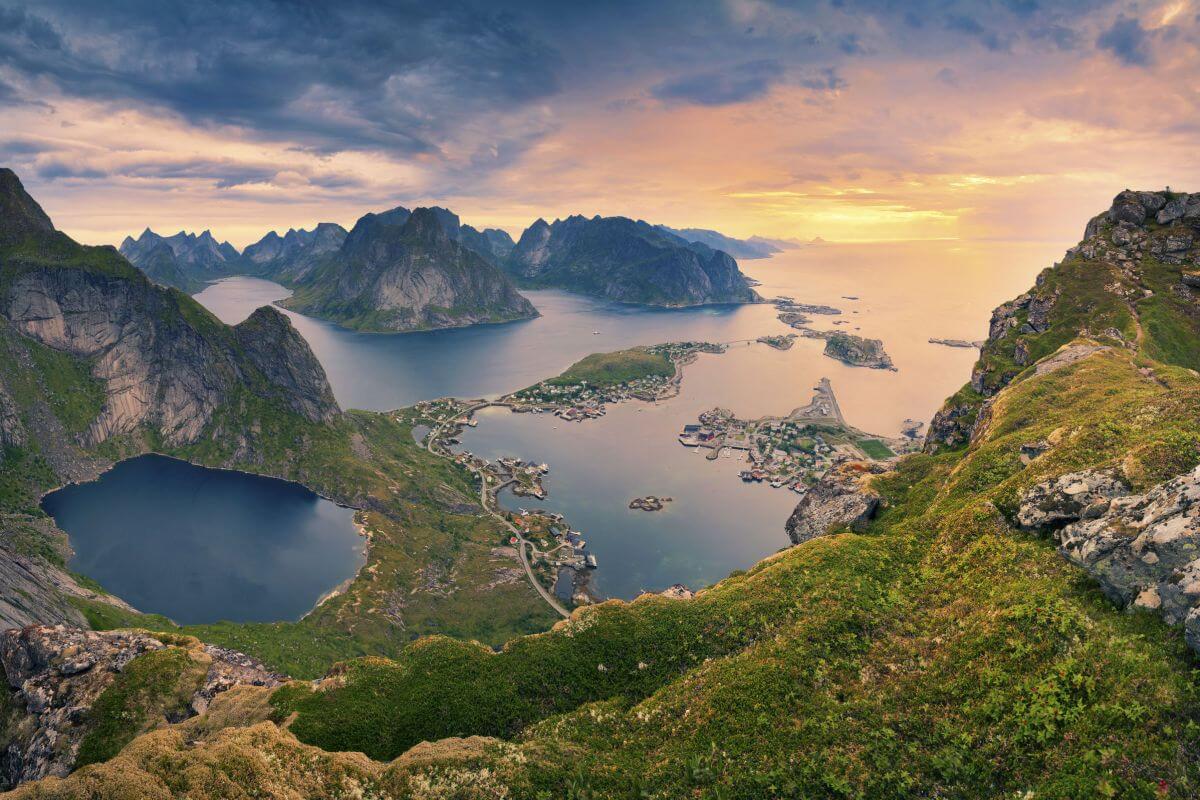 1. This paper considers the implications of the Norway Option for free movement. The so-called “emergency brake” is most unlikely to be effective so the outcome would be continued free movement for a number of years – contrary to the wishes of many of those who voted to leave and for whom immigration was a major issue. A NatCen poll found in March 2017 that 68% of those surveyed supported ending freedom of movement.[1] The paper also considers the Belgians’ stricter interpretation of current EU free movement legislation and Liechtenstein’s unique immigration arrangements and finds them equally unhelpful as templates for the UK to consider.

2. There is a growing chorus of voices calling for the British Government to join the European Economic Area (EEA) if negotiations with the EU should fail. This arrangement, otherwise known as the Norway option, would, according to some, be a temporary measure until a Canada-style free trade deal could be negotiated.

3. The Exiting the European Union Committee produced a report in April which stated that the Norway option should be adopted if negotiations failed to obtain satisfactory results. However, this report intended to commit the UK to a Norway-style agreement in perpetuity and, as the final outcome of negotiations, whereas Frank Field argues that any Norway-style arrangement should not be open-ended. Nick Boles, for example, has suggested that it should last for three years.

4. The Prime Minister has repeatedly ruled out the prospect of joining the EEA on the basis that ‘this would mean we would still have to abide by all the EU rules, uncontrolled immigration from the EU would continue and we couldn’t do the trade deals we want with other countries’. Clearly, if the Government were to decide to park the UK in the EEA for a temporary period while thrashing out a proper trade deal it would be obliged to comply with all EU rules and regulations, to continue allowing the European Court of Justice supremacy over our laws and to maintain the four freedoms, including the freedom of movement.

5. This would be contrary to public opinion. A NatCen poll found in March 2017 that 68% of the public supported ending freedom of movement. Meanwhile, polling by ORB conducted in May/June 2018, has found that a slightly larger share of voters agree with the sentiment that controlling immigration after Brexit is of greater importance than having access to free trade with the EU.[2]

The scale of past EU migration to the UK

7. The average annual number of EU nationals obtaining National Insurance Number registrations since the referendum has been just over 500,000 a year – although many of these would likely be short-term migrants who would not be included in the net migration figures.

8. In theory, Part 1 of Article 112 of the EU-EEA Treaty (1992) allows Norway to take migration safeguard measures unilaterally in response to emerging or persistent economic, societal or environmental difficulties.

9. However, in practice, other aspects of Articles 112 and 113 of the Treaty severely limit the scope for the Norwegian authorities to take action:

10. There are also other implications:

11. Nick Clegg and others have suggested that EU free movement provisions would not prevent the UK imposing restrictions in certain circumstances. Belgium has been frequently cited as interpreting EU law far more rigidly than the UK in this regard. The Belgian authorities insist that EU citizens who are in the country for more than three months, who did not come for the purpose of study and are not working can be expelled from the country in line with EU Directive 2004/58/EC which stipulates: “Persons exercising their right of residence should not… become an unreasonable burden on the social assistance system of the host member State during an initial period of residence.” Expulsion orders are administered at local municipality level and involve sending eviction notices to those not meeting Belgian residency criteria. Recipients of an eviction notice are requested to return their residency permit to the local authorities.

13. The immigration impact of these expulsions is also highly doubtful. Simon Cox, an immigration lawyer for the Open Society Justice Initiative, has said on Twitter that that there is 'zero evidence' that the Belgian policy of removing those who are not exercising treaty rights 'changes migration patterns'. This is maybe not surprising considering the fact that an EU citizen who is expelled from an EU state can exercise free movement to return to that state at a later date.

14. An estimate can be made of the number of EU citizens in the UK who might be susceptible to an expulsion order if the UK were to adopt the Belgian approach. The most recent statistics (April-June 2018) show 78,000 EU-born people as unemployed in the UK. This is an unemployment rate of 3.2%. Of these, 11,000 have been unemployed for more than a year and are therefore not likely to have a genuine chance of obtaining work. Of these, some will of course have derivative rights to be in the UK by virtue of being a family member of a person who is working or otherwise exercising Treaty rights. Therefore, the number of these unemployed individuals who might be expelled from the UK on the basis of the Belgian model is likely to be in the low single-figure thousands.

15. Liechtenstein is a member of the EEA but has had a ‘temporary’ brake on free movement permanently in force since 1998. This brake allows Liechtenstein to impose a quota on the number of foreign nationals able to enter the country for the purpose of work and despite a number of reviews by the Joint Committee since it was instigated it has been allowed to continue in force. Some commentators have suggested that this establishes a legal precedent within the EEA framework that the UK might possibly consider exploiting. However, this might not be feasible for the UK since Liechtenstein is undoubtedly an exceptional case. It has a population of 38,000 and an area half that of the Isle of Wight. The legal precedent alone is very unlikely to convince the EU and other EEA states that the UK, with 66 million people and an economy over 400 times larger, should be permitted to impose its own quota system

16. The much vaunted “emergency brake” would have no useful effect. The outcome of the “Norway option” would, in practice, amount to continued free movement until it was replaced – an outcome that would be most unwelcome to many of those who voted to leave. The number of people in the UK likely to be affected by measures akin to those applied in Belgium would be very small and would not be worthwhile considering the administrative and logistical difficulties they would entail. Duplicating the Liechtenstein arrangement is highly improbable

A response to the Home Affairs Committee Interim Report (31 July 2018):

Policy options for future migration from the European Economic Area

Chapter 4 - Controls within an EFTA-style framework

The report says that ‘there are options for controlling migration within the single marketwhich go much further than the previous Prime Minister’s negotiation with the European Union’. It suggests that one mechanism to consider is that offered within the EFTA framework on the basis that ‘EFTA states as part of their trade relationships with the European Union demonstrate that they can – in principle – exercise more controls on immigration while participating in the single market than are available to EU Member States’. The report therefore claims that ‘were the Government to change its red lines, such arrangements might provide a basis for drawing up means of controlling EEA migration from within the single market’.

Although the EU-EEA agreement does allow EEA states a greater degree of control over immigration policy, the argument that this difference is significant enough to enable EEA states to impose proper and effective controls on free movement is misleading for the following reasons:

a) The interim report itself acknowledges that this claim must be treated with caution. It refers to a Norwegian lawyer, Karin Fløistad, who says that although EEA and EU free movement rights differ ‘whether they are sufficiently different to be of interest to the UK and the EU for future association remains to be seen’.

b) Karin Fløistad has also written that, although there are substantive differences in the free movement provisions of EEA and EU states ‘the institutional practice of EEA law… seems to consistently aim at paralleling free movement rights for persons in the EEA as compared to the EU’. This seems to imply that rulings on EEA free movement law are inexorably aligning it with EU law in this regard.

c) The admission that EEA states wield such controls ‘in principle’ is revealing. There is a significant gap between the theoretical ability to enact controls and being willing to accept the political consequences of doing so, as the study of the Norway option in the main body of this paper testifies.

d) Aside from the EEA safeguard mechanisms discussed in this paper, there is no capacity within the free movement framework to restrict the movement or residency of workers and the EU have consistently made it clear that they have no appetite to do so. Professor Guglielmo Meardi is quoted in the interim report as telling the Home Affairs Committee that ‘any movement for reasons that are not for work or business could be entirely regulated unilaterally by any country’. The fact that most people exercising free movement rights do so for the purpose of work would therefore inhibit the capacity of EEA states to restrict entry only to the minority of EU nationals who are not working or who are not dependants of someone working.

An ‘Emergency Brake’ on EU Migration?
No, EFTA membership would not give us adequate control of immigration. There is a better way.
Brexit and immigration: the way forward
A halfway-house Brexit would let EU immigration continue unchecked